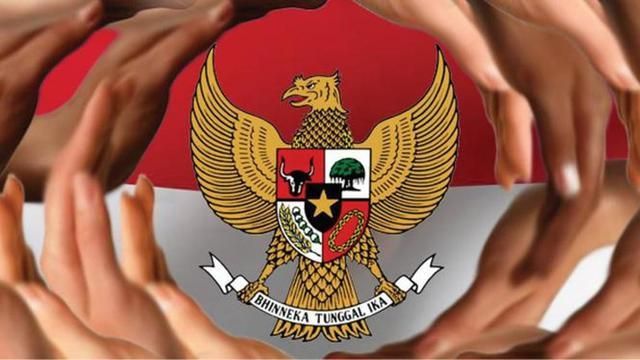 Following a visit to Indonesia, Ojeaku Nwabuzo reflects on the concept of interfaith dialogue, its limits and what Europe could learn from this approach.

As I was preparing for my participation to the Indonesian Interfaith Scholarship (IIS) programme 2019, I reflected on the concept of interfaith dialogue, a concept I understood and had experience of through my work as a researcher in the anti-racism movement. Often in the EU context, interfaith dialogue is promoted between religious communities, with funding attached to collaborations to foster good relations, however, I was skeptical about the usefulness of this approach in Europe.

As I met with representatives from the Ministry of Religious Affairs, the Ministry of Foreign Affairs and other faith leaders in Indonesia, I began to see the significance of interfaith dialogue – created as a dialectic to the Indonesian nation-state. The interfaith concept is integral to the country’s understanding of national unity, where ‘connectivity becomes the core’. Multiculturalism is very much part of the national identity, a daily practice for Indonesians, a way of life. It is a necessary byproduct of the Indonesian nation-building exercise which makes it possible that six official faiths, hundreds of ethnicities, languages and thousands of islands can come to be within this imagined community [[Benedict Anderson’s term used in his work discussing nationalism and nation-building.]].

In 1945, Indonesia gained its independence and much of its early life was marred in ethno-religious conflict, which resurfaced during the 1990s and 2000s. Dutch colonialism and British interference shaped and hindered the development of this independent nation [[In addition, there was a brief colonial rule from the Japanese, which also influenced the developments of the nation-building project.]]. In more recent times there have been democratic elections as well as violent and extreme acts of terrorism.

The interfaith concept in practice

The participants of the IIS programme visited several places of worship, Buddhist and Hindu temples, universities and local communities where religious harmony was clearly in existence. We had discussions in the largest mosque in Jakarta, Istiqlal and St. Mary of the Assumption Cathedral (Jakarta). We heard about the cooperation between these two extremely large communities of faith, where over 100,000 believers may participate in a single religious event.

One of the most interesting visits for me was at Kampung Sawah for a discussion with the interfaith Betawi Community. They explained how, within one family, brothers and sisters could practice very different faiths and that their children were being brought up to understand and be open to people of different faiths. The dedication to their faiths and each other was palpable. I left the meeting full of optimism for the village and its future generations.

Pancasila is the country’s founding ideology or political philosophy that consists of five ‘inseparable’ principles: belief in the One and Only God, a just and civilized humanity, the unity of Indonesia, democracy, and social justice. Today, Islam is the most dominant religion in Indonesia, and Java is the region with the densest Muslim population and also the most politically influential. Hinduism and Buddhism are older organized religions in Indonesia and there are many other indigenous religions and practices. Many of the representatives we visited proclaimed that Indonesia is ‘living proof that Islam, modernity, and democracy can and go hand in hand’. Perhaps this emphasis is understandable due to the negative stereotyping of Islam in the West. 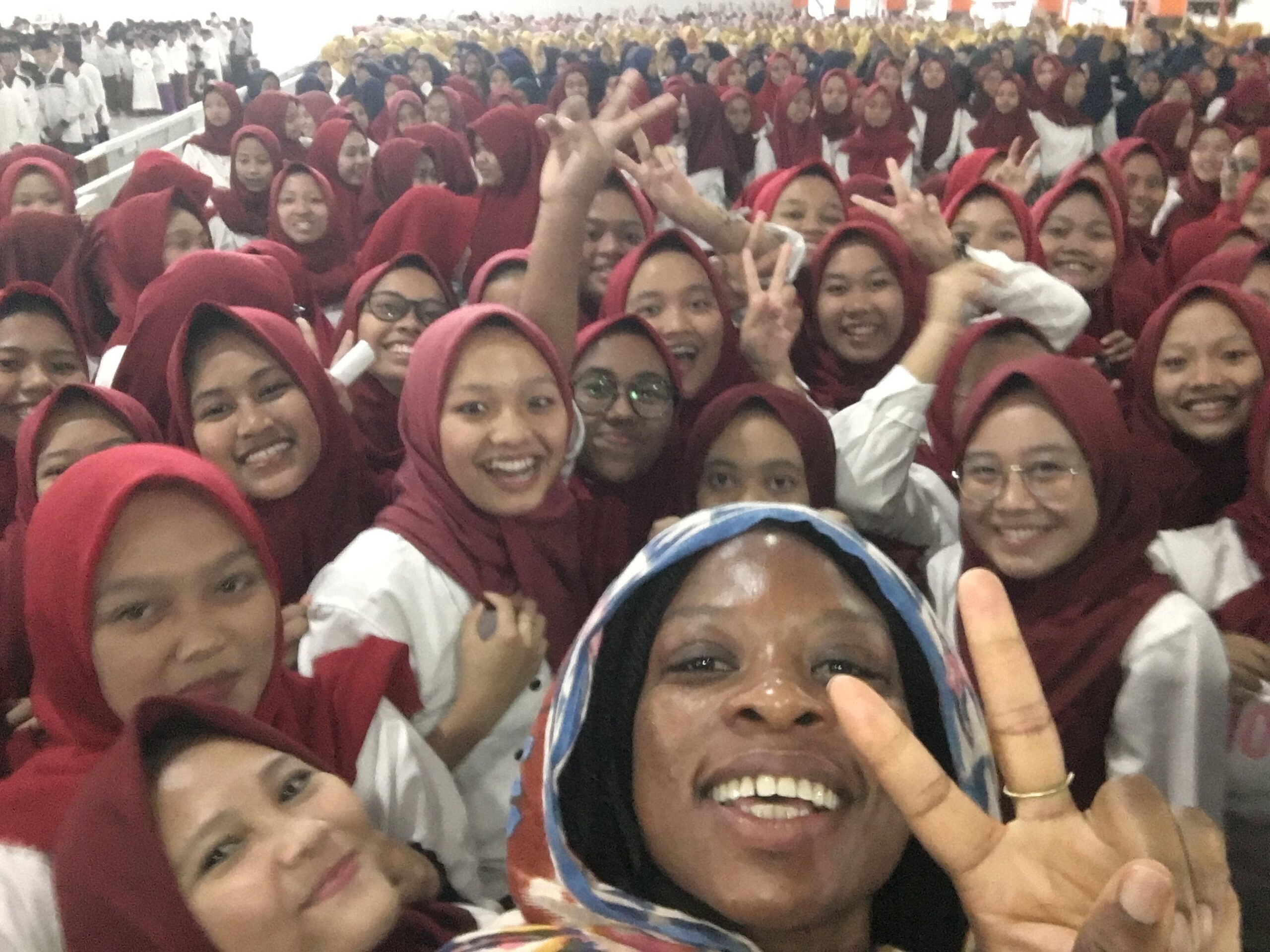 Limits to the interfaith model

Despite the country’s founding ideology of Pancasila and its emphasis on interfaith dialogue, the country is still vulnerable to human rights abuses perpetrated by the state, interfaith conflict and Islamist terror. The complex relationship between the state and religion – politics and power is at the root of many ethno-religious conflicts.

Despite the vulnerability to violent extremism, the government unit that leads on counter-terrorism and working with suspected/convicted terrorists and returnee fighters from Syria has been recognised for its advanced techniques. Before the release of returnee foreign fighters they go through rehabilitation programmes within the prison and then also in the community. They are supported financially and helped to be reintegrated back into society. Elements of the rehabilitation and reintegration programme reflect the Indonesian interfaith culture.

In Aceh, special autonomy legislation was passed in the 2000s as part of the peace agreement which now sees Islamic Sharia applied to civil law in certain areas such as marriage, divorce and inheritance. This conservative practice of Islam is not supported by all Muslims in Indonesia and there is, at least, an ideological conflict between moderates, conservatives and extremists in Indonesia. Some political commentators have made links to the blasphemy trial and conviction of former Jakarta governor Basuki Tjahaja Purnama, a Chinese Christian, to the growing secularism in the state and the perception that the country’s Islamic identity is under assault. During a visit and discussion at the Sunan Kalijaga State Islamic University, I raised questions on whether the interfaith concept is based on the assumption of harmony within each faith, and questioned how conflicts within the confines of a single faith were resolved? The answer was not clear but the question perhaps exposes the limits to the interfaith concept.

During the visits, there was also a common refrain that here in Indonesia, ‘nationalism is not a problem…’. This is a surprising notion for me to hear. As a researcher working on racial inequalities and racist hate and violence in Europe, questions around nationalism and identity are often critically important to the understanding of racial and minority ethnic exclusion and racist violence or hatred. It still remains unclear to me, after my short stay in Indonesia, how religious and national identity is formed. Is it an autonomous, organic process; fluid or more constructed and forced?

There is much for Europe to learn from Indonesia and vice versa. Learning about other ways of governing and managing diverse communities is useful, insomuch as it opens people’s minds to different ways of living and organising society

In conclusion, there is much for Europe to learn from Indonesia and vice versa. Learning about other ways of governing and managing diverse communities is useful, insomuch as it opens people’s minds to different ways of living and organising society. This experience and cultural exchange was inspirational but the Indonesian model would be difficult to replicate or reproduce and I do not believe that a strong nation-building project encourages or fosters harmony amongst minority and majority community members.

It appears to me that Indonesia provides a significant amount of financial and political support to interfaith and religious activities and multiculturalism is not a dirty word. Europe could look more deeply into its investment in theology and religious studies in schools. An increased investment in intercultural, interfaith activities with majority/minority communities, in addition to migrant integration activities, could also positively impact on community cohesion in Europe. Lastly, counter-terrorism and prevention of violent extremism policies in Europe could be informed by a more compassionate and humane perspective towards returnees and prisoners convicted of terrorism related offences. 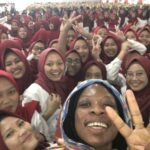