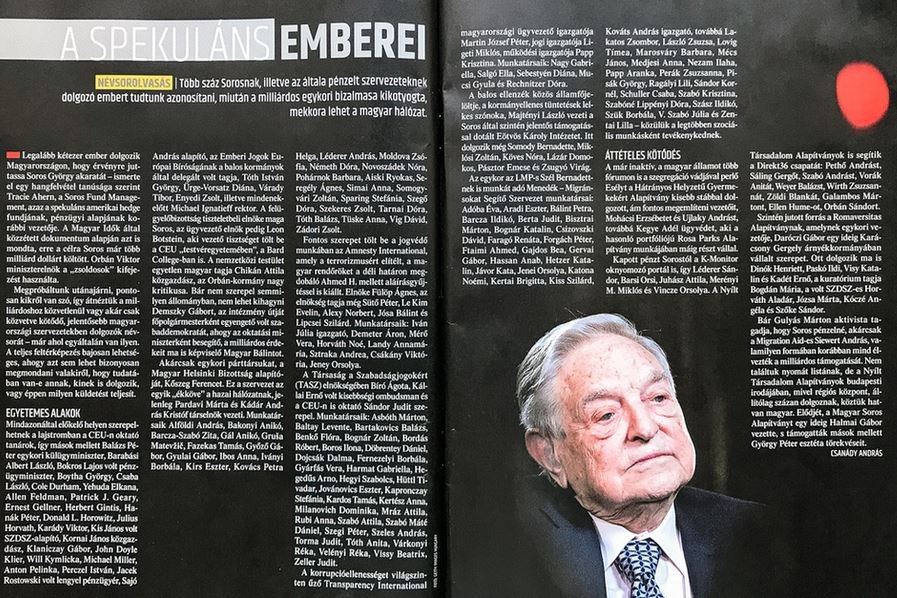 Budapest, 13 April 2018 – The pro-government Hungarian weekly Figyelő yesterday published the names of more than 200 people, including staff of human rights organisations, academics and journalists, that it claimed were “Soros mercenaries”, allegedly paid by George Soros to topple the government. Television channel TV2 broadcast a similar listing earlier this week.

The European Network Against Racism (ENAR) strongly condemns these attempts to intimidate courageous citizens and human rights defenders committed to creating a fairer society in Hungary and expresses full solidarity with them. ENAR Board members and staff ask to be added to this list in solidarity.

This is a direct result of the landslide victory of Fidesz and Viktor Orban in elections last weekend. It represents a new turn in a government-run campaign to silence voices speaking up against human rights violations and to spread xenophobia, racism, fear and hate. The Hungarian government has already been cracking down on civil society groups, most recently with its proposed “Stop Soros” laws, which would seriously hinder Hungarian NGOs’ ability to carry out their crucial work and are set to be adopted in May. Many NGOs are being targeted because they provide support to refugees and asylum seekers.

ENAR Chair Amel Yacef said: “This witch hunt is a very dangerous turn for democracy in an EU country and a reminder of darker chapters of European history. It is an open call to intimidate and threaten human rights defenders and any other citizens who raise critical voices. The European Union cannot let this happen in one of its Member States.”

ENAR calls on the European institutions to take urgent action to ensure the protection of human rights defenders in Hungary, including by initiating a “European values fund” to support human rights defenders within the European Union and action against human rights violations. The EU and its member states must also stand ready to host political opponents who will be fleeing the situation in their country. It is now high time that the EU takes unequivocal and concrete measures to ensure that fundamental rights and the rule of law are respected throughout the EU and confront the Hungarian government on its ongoing drive to create a climate of discrimination and violence against individuals and organisations supporting European values.

Notes to the editor:
1. The Board of ENAR is currently in Budapest, Hungary, and is meeting several NGOs to discuss the current situation.
2. A petition has been launched to ask people to add their names to the list published by Figyelő.
3. The European Network Against Racism (ENAR aisbl) stands against racism and discrimination and advocates equality and solidarity for all in Europe. We connect local and national anti-racist NGOs throughout Europe and voice the concerns of ethnic and religious minorities in European and national policy debates.