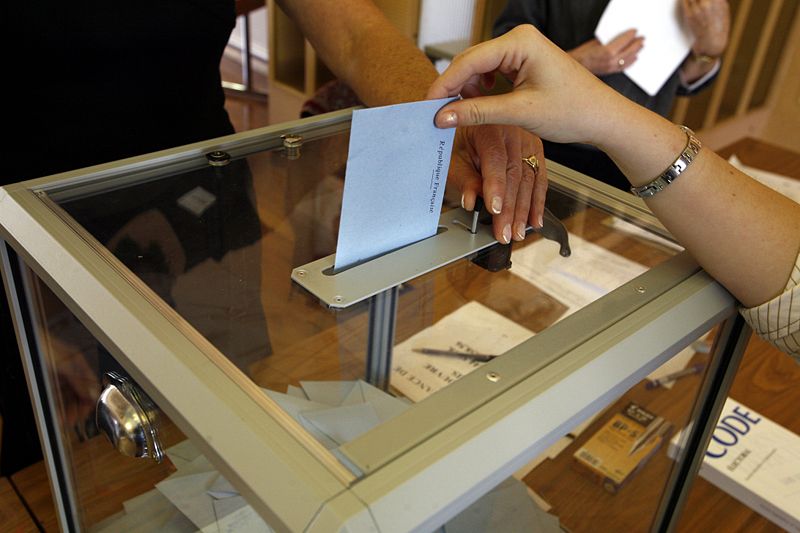 BY DAVON HENRY – On 4 April, Marine Le Pen, the head of the Front National, France’s far-right party, said that her party “will not accept any religious demands for school menus”.

Her comment came in the context of a growing scandal over the choice of menus in food canteens.

This could have been a legitimate statement if there were official demands based on religious beliefs. But this is not the case. So a few days later Le Pen was forced to add that she meant to “ban the ban [sic] on pork in school canteens”.

The last decade has seen an increasingly heated debate over laïcité, which, in law, refers to the separation of the Church and the State – enforced in France in 1905.

The current reading of laïcité put forward by many political figures is that religious practices should not appear in the public sphere. This also includes clothing or diet, to the extent that forbidding hijabs and kippas in the street was at stake at one point.

These debates became more prominent in the run-up to the presidential election in 2012, and in the recent local elections.

Muslims, among other minorities, became the scapegoats for the economic and identity crisis in France. As a result, election campaigns left more room for hate speech than for campaign programmes.

This was true of the local elections in March.

In the end, right wing parties won in over 150 cities – and this only two years after a presidential election that brought the socialist François Hollande into power.

Hollande’s response has been to appoint Manuel Valls – the most right-wing of his ministers – as head of government.

Socialist voters have the feeling that their demands for the government are not being heard.

Meanwhile, right wing voters are disappointed both by the government’s policies, but also by the internal goings-on of the opposition party, UMP.

It is against this backdrop that the National Front managed to win 11 cities in France (compared to 4 cities in the last elections). Many FN representatives also managed to enter local councils.

France’s political crisis is linked to a lack of interest in elections, putting the political system itself into question.

Even if we are still awaiting the final results, the latest figures show that there was a lower turnout in the March local elections than in 2008.

It would be foolhardy to expect great interest on the part of French voters in next month’s European elections.

Political parties were busy with the local elections until the end of March. Few have put forward election programmes for the EU vote, even though it is little over five weeks away.

Only the Greens, and to a certain extent, the National Front have started their campaigns.

In a talk show in early April, Marine Le Pen said “the French do not want the European Union”.

But she also stressed that she wants to win the European elections. It is not hard to see a contradiction in these statements.

She can, however, be credited for questioning what French citizens expect from the European elections.

So far, the European election is largely absent from the public sphere, but the same cannot be said for hate speech. The only ones to profit from this electoral silence are extreme parties.

The writer is ENAR National Platform Coordinator and the vice-president of Les Indivisibles, a France-based NGO fighting racism and racial prejudice through humour