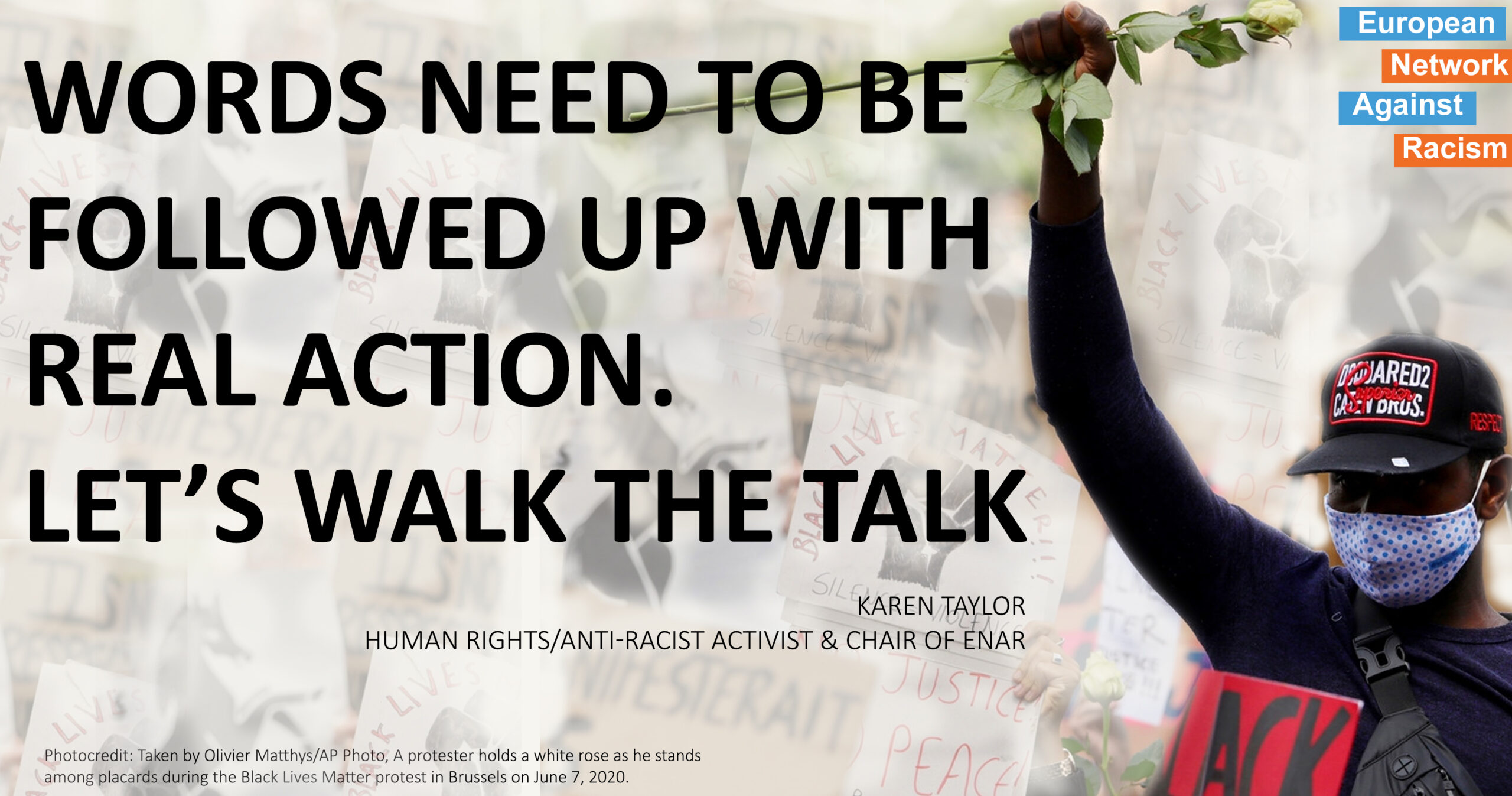 European Parliament anti-racism resolution: Words need to be followed up with real action

“The European Parliament’s resolution on anti-racism shows the importance of the large public movement demanding justice and is a wake-up call for the European Union to acknowledge the urgency of tackling racism. It is a testament to strong public calls for EU action, including a comprehensive European Commission strategy against racism and the adoption of national action plans against racism. It includes short-term measures to counter institutional racism in the police (including on racial profiling, police accountability and independent investigation on abuses) and calls to recognise past oppressions.

However, it lacks a strategic vision on how to tackle structural racism at different levels and how it affects specifically different racialised minorities. There is no mention of violence against migrants, in particular at EU borders. The focus is on police brutality in the US context, but it fails to meaningfully acknowledge racist police brutality in Europe and its lethal consequences for European racialised groups. There are also no long-term measures for the future of policing in Europe, especially measures and reflection on the use of violence in policing, which is to some extent justified in the text.

It is disappointing that we had to wait for an urgent situation for such a reaction. Until this week, EU leaders have maintained a deafening silence on police brutality in Europe. We are also seriously concerned there has been no proper involvement of the anti-racist and justice movement who has pushed for these discussions for years. There is a real risk EU institutions are reproducing the structural racism they are trying to address. They must walk the talk by recognising and including the movement demanding racial justice and anti-racist activists from racialised groups. Community-led organisations not only understand the perspective of racialised groups but are also highly-skilled experts in the field of anti-discrimination.

Although they come late, the European Parliament and European Commission’s recent anti-racism initiatives mean some progress, but only if they do not stop at mere lip service and are followed by action and concrete measures to dismantle institutional and structural racism in Europe. ENAR and the broader anti-racist movement will remain vigilant to ensure these calls lead to real action.”

Background:
The European Parliament adopted a Resolution on the anti-racism protests following the death of George Floyd on 19 June 2020: https://www.europarl.europa.eu/doceo/document/B-9-2020-0196_EN.html. The European Commission President Ursula von der Leyen has also announced that the College of Commissioners would hold a debate on racism on 24 June 2020.