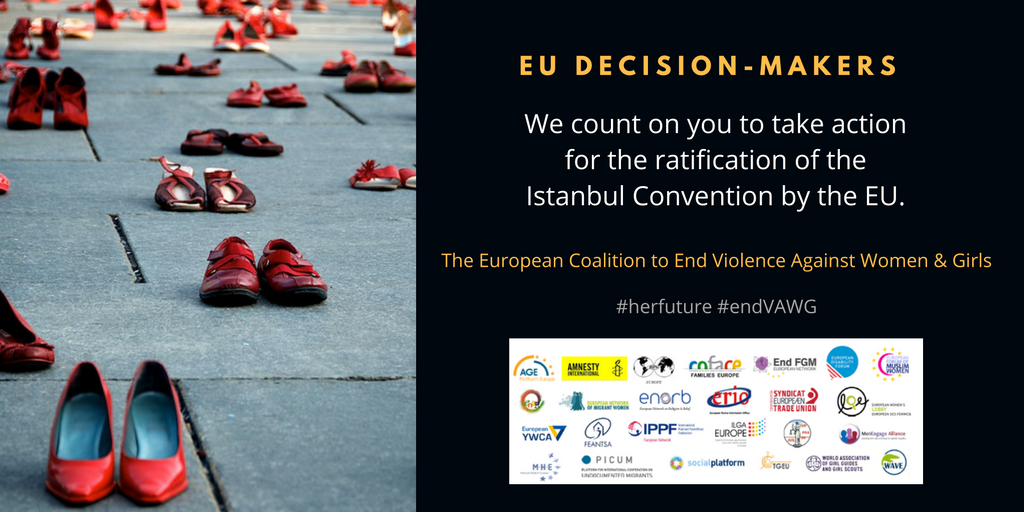 EU ratification of the Istanbul Convention: A vital opportunity to end violence against women and girls

The European Coalition to end VAWG factsheet calls on different key EU decision makers to act in order to ensure that the EU signs and ratifies the Istanbul Convention in 2017, in the most meaningful way and within the broadest scope of EU competence as possible.