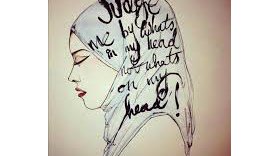 The Court ruled on two cases brought by women employees who were dismissed because they wore the headscarf, and said that internal rules prohibiting visible wearing of any political, philosophical or religious sign do not constitute direct discrimination.

“This is an extremely worrying decision because it effectively bars Muslim women wearing the headscarf from the workplace”, said Amel Yacef, ENAR Chair. “This is nothing short of a Muslim ban applied only to women in private employment, just because of how they choose to dress according their religion.”

This judgment forces Muslim women who wear a headscarf, Sikhs wearing a turban and Jews wearing a kippa to choose between their religious expression, which is a fundamental right, and their right to access the labour market.

Forbidding employees from wearing visible signs of their religion treats those employees who wear religious clothing less favourably on grounds of religion. This ruling differentiates between religions which include visible expressions of belief and those which don’t. It will therefore also have an impact on other groups who express their religious beliefs through clothing.

The Court argues that the refusal to allow the employee to wear a headscarf was based on a wish by the private employer to appear ‘neutral’ on the question of religion towards their customers. The fact that the Court accepts this interpretation of the neutrality argument as a legitimate aim is unacceptable. It legitimises the fact that private employers give priority to the wishes of their customers above the fundamental rights of their employees. It forces employees who are visibly religious to back office jobs.

With this judgment, the European Court of Justice blatantly disregards the societal context Muslim women face in Europe. Muslim women already experience significant obstacles in finding and keeping a job and this decision will only make matters worse, giving employers a license to discriminate.

Notes to the editor:
1. The EU Court of Justice ruled on two cases brought by women employees who were dismissed because they wore the headscarf: Ms Achbita v. G4S (Belgium), and Ms Bougnaoui v. Micropole SA (France). EU Court of Justice press release: http://curia.europa.eu/jcms/upload/docs/application/pdf/2017-03/cp170030en.pdf
2. Q&A on headscarf ban at work in Europe: http://www.enar-eu.org/Headscarf-Ban-at-Work-in-Europe-Questions-and-Answers