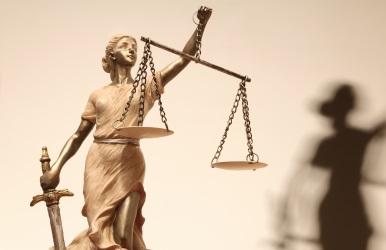 On 1 and 2 October 2015, the European Commission is holding its first annual colloquium on fundamental rights on the theme “Preventing and combating anti-Semitic and anti-Muslim hatred in Europe”. Civil society organisations welcome this initiative and call on the European Commission and Member States to ensure the event puts forward concrete recommendations that will be followed up by all relevant parties.

The undersigned civil society organisations welcome the initiative of First Vice-President Timmermans to hold the first Annual Colloquium on Fundamental Rights on 1st and 2nd October 2015. The following joint statement lists concrete recommendations for both EU institutions and Member States. We call upon the European Commission and Member States to ensure the event puts forward concrete recommendations that will be followed up by all relevant parties.

The undersigned welcome this year’s focus on violence, hatred, discrimination and intolerance against Jewish and Muslim communities, which were particularly in the spotlight during the last two years. Antisemitism, Islamophobia, as well as other forms of hatred and discrimination, should be dealt with a coherent and intersectional approach that acknowledges and ensures victims’ protection against multiple forms of discrimination.

While these phenomena require equal attention from decision makers, the specificities of national, local and communities’ contexts must be addressed. The European Commission should adopt an EU Framework for national strategies to address Antisemitism on the one hand and Islamophobia on the other – as well as other forms of racism – with clear indicators to inform and measure policies in light of the communities’ concerns. The specific and comparative situation of groups at risk of discrimination in areas such as education, housing, health, employment, policing, security, justice systems and freedom of religion should be assessed and addressed, in line with international and European standards. These strategies should be developed and implemented with civil society and community representatives and assign responsible authorities and dedicated budget. The EU Fundamental Rights Agency (FRA) should support Member States in defining indicators for the implementation of their national strategies. National Roma Integration Strategies should be subsequently reviewed to include anti-discrimination objectives.

While EU provisions require the enactment of domestic legislation to prohibit racist and xenophobic violence (EU Framework Decision 2008/913/JHA), there are no current provisions to address discriminatory violence motivated by, for example, religion, disability, gender identity or sexual orientation. This may result in lesser protection against violence on those grounds in national law and practice. The undersigned call for a review of the EU legislation to prohibit all forms of hate crime.

Further, European Institutions should address the fact that many Member States fail to properly record and investigate hate crimes and to prosecute them as such. Guidelines prepared by the Commission, together with the Member States and the FRA-led Working Party on hate crime, could contribute to improve practice. The Working Party should also prepare, in consultation with civil society, a data collection recommendation on hate crime reporting, to facilitate the collection and publication of disaggregated data in order to ensure consistent reporting on all forms of hate crime, including antisemitic and islamophobic crimes. It is crucial that the victim’s perception is taken into account by the police when recording the hate motivation of a crime.

Security and policing policies and practices, including those aiming to prevent violent extremism, should also refrain from discriminatory practices such as ethnic profiling targeting people perceived to belong to an ethnic and religious group.

The 2008 Commission proposal for a horizontal directive on equal treatment was an important step to redress a situation in which people are discriminated on grounds of religion or belief, disability, age or sexual orientation without access to remedies at national level. A comprehensive EU legal framework which ensures the same protection and remedies on all Article 19 TFEU grounds is critical to achieve equal and effective protection for all across the EU. The proposal, however, has been stuck in negotiations for seven years, and agreement has still not been reached. The undersigned therefore call upon the European Institutions and Member States to do all within their power to ensure swift adoption of this long overdue directive.

Public policies, including equality and non-discrimination policies, should be adopted, monitored and evaluated on the basis of process and outcome indicators populated by reliable and comprehensive data. Equality data – disaggregated data used to assess the comparative situation of groups at risk of discrimination – must be collected by Member States in respect of fundamental rights, self-identification and data protection principles on the basis of categories defined in collaboration with the concerned communities. Data should be provided by respondents on a voluntary and informed basis. The undersigned call the European Commission to issue a recommendation for Member States on the processing of equality data for the purposes of monitoring and implementing equal treatment.

Participation of minorities in decision making processes, combating structural discrimination, as well as long-term social investment in education, housing, employment and health care are necessary to rebuild a social link and a fertile ground to communities’ trust in society. To promote common values and mutual understanding, the European Commission could commission the production of sample publications/factsheets on EU history including the positive contributions of Jews, Muslims and other groups to Europe, Europe’s role in the transatlantic slave trade and colonisation. The FRA should promote the dissemination of quality training modules on unconscious bias, stereotypes, prejudice, racism, discrimination, Islamophobia and Antisemitism. Member States should consider including these modules within education curricula so that tackling bullying, discrimination and diversity are part of compulsory programmes.

We call on the European Commission to ensure proper enforcement of the EU Employment Directive to challenge systemic restrictions to the right to wear religious symbols in national laws and practices. Restrictions imposed by employers are not always in line with international human rights standards, as they are not limited to well-defined and narrow circumstances or do not pursue a legitimate goal, and States do not always check the validity of these restrictions. Ill-advised and intrusive general bans have been introduced in some Member States in the name of neutrality and secularism and have led to attempts to extend restrictions on wearing religious symbols to the private sector, including in vocational training.

The launch of an Annual Colloquium signals the start of a wider review of the situation of fundamental rights in the EU. The follow-up to this colloquium will need to deal with the specificities related to the fundamental rights of Jews and Muslims in Europe while working towards a more coherent framework for the protection and promotion of human rights within the EU. While a rigorous human rights review is part of the EU accession process and EU actors have agreed specific roles and responsibilities for advancing human rights protection worldwide, Member States escape a corresponding level of scrutiny. Human rights violations within the EU can remain unaddressed by the European Institutions for lack of available mechanisms and/or political will. Therefore, the undersigned call upon the European Commission to take active steps towards improvement of the internal human rights framework, and to actively involve civil society in this process.

We look forward to cooperating with both the European Institutions and Member States in the process of strengthening fundamental rights protection in the EU and invite all relevant parties to engage actively with civil society in all follow-up to this first Fundamental Rights Colloquium.