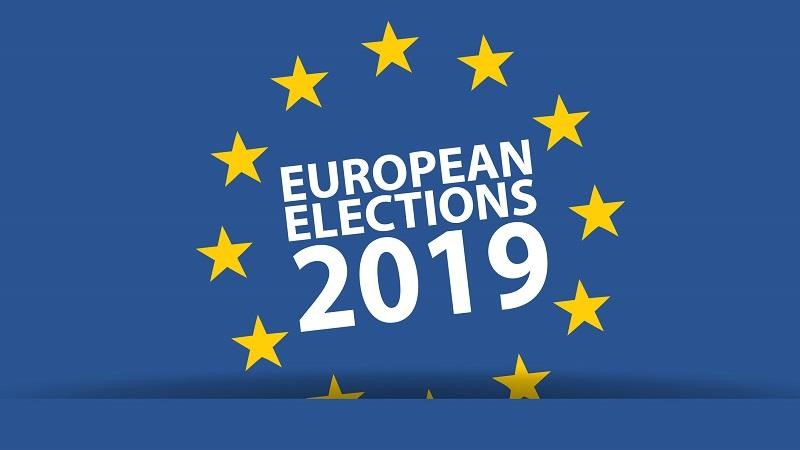 The Anti-Racism Days are happening at a particular time, a few months before the EU elections. From 18 to 21 March 2019, activists from all communities affected by racism are mobilising in Brussels in a drive to put anti-racism at the centre of the European Parliament.

Across Europe, the rise of political parties promoting racism, fascism and discrimination and fuelling divisive public sentiments is posing a huge threat to democracy, security, and in particular the rights of people of colour, minorities and migrants.

The upcoming European Parliament elections in May 2019 are an opportunity for communities affected by racism to join forces and build solidarity to put equality and anti-racism at the centre of these elections.

From 18 to 21 March 2019, anti-racism activists from across Europe are coming together in Brussels to combat racist narratives in the European Parliament elections.

The European Network Against Racism (ENAR), Each One Teach One (EOTO), the European Parliament Anti-Racism and Diversity Intergroup (ARDI), and the European Network for People of African Descent (ENPAD) are organising a programme of events for anti-racist activists designed to promote exchanges of knowledge and good practice on:
– Building anti-racist narratives
– Community organising and non-party political mobilising
– Social media and online campaigns

The programme also includes the following events:
– A lecture & discussion on “Anti-racism/discrimination strategies ahead of the EU elections”, with David Lammy, Tracy Bibo-Tansia & Omar Ba, on 20 March at 20.00 at BOZAR Brussels – Register for this event 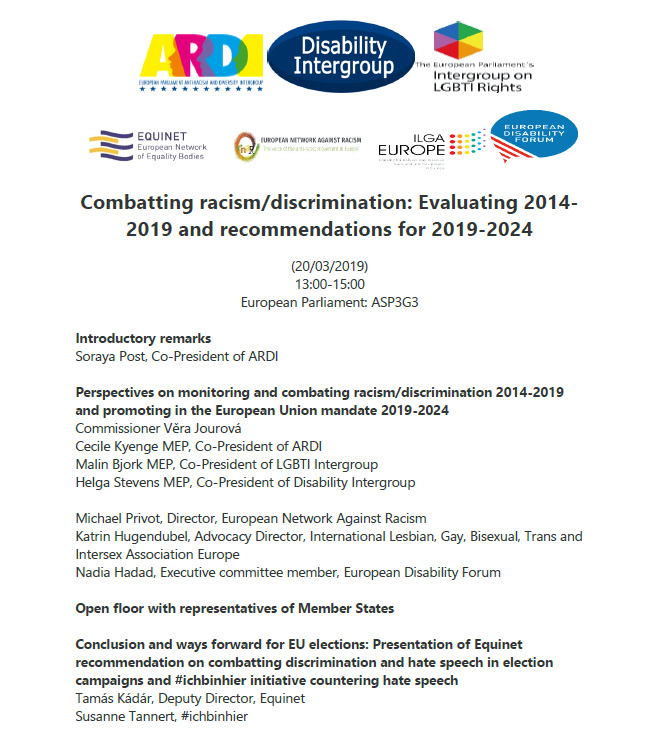 In parallel, the EU Roma Week is taking place and includes a series of events which will provide recommendations on combatting antigypsyism and structural discrimination. 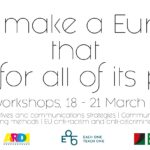 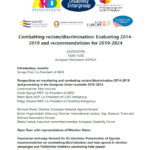