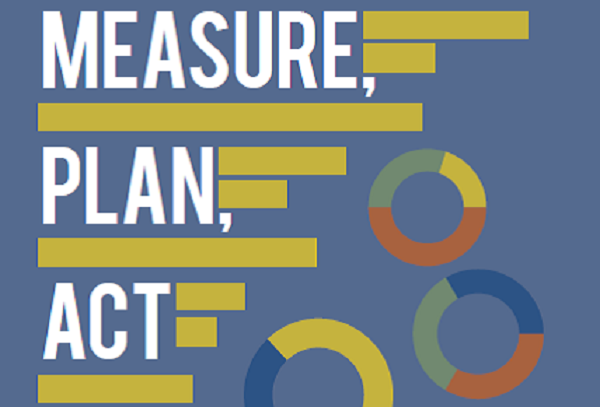 Brussels, 26 November 2014 – There is no European-wide data on how many persons experience unequal treatment because of their racial or ethnic origin, despite the fact that over one in two Europeans believe that discrimination because of one’s racial or ethnic origin is widespread. Yet without measuring and quantifying the extent of discrimination – so-called ‘equality data collection’ – in Europe, it is very difficult to tackle it effectively.

ENAR’s publication : ‘Measure, Plan, Act: How data collection can support racial equality’, launched today, provides evidence that equality data collection is legally possible and not costly, because it only entails adding extra categories to existing censuses or other data collection processes. For example, the United Kingdom collects equality data to monitor progress in achieving equality since 1991.

Many EU Member States in fact already collect data on other criteria revealing racial or ethnic origin, such as citizenship, country of birth, name, or language spoken at home, but outside of necessary safeguards. They also often do not use the data for the benefit of discriminated groups, but for racial profiling – a prohibited practice – for instance.

In addition, over 65% of ethnic minorities would be in favour of providing, on an anonymous basis, personal information about their ethnic origin, as part of a census, if that could help to combat discrimination in their country.

It is therefore essential that EU Member States focus on collecting useful data according to self-identification of ethnic and religious minorities. They also need to work with minorities to build trust, raise awareness and ensure their active participation in such data collection. In Romania, for instance, work on building trust in the Roma community enabled a 56 % increase in their identification in the last census. Above all, equality data collection must be used to assess and improve equality policies to help reduce discrimination for the groups affected.

ENAR Chair Sarah Isal said: “We need to shed light on the situation of people who are discriminated against, and who are currently invisible in general statistics. Without the data, how can policy makers monitor the effectiveness of anti-discrimination policies, identify inequalities and put in place concrete solutions?”

Notes to the editor:
1. The European Network Against Racism (ENAR aisbl) stands up against racism and discrimination and advocates for equality and solidarity for all in Europe. We connect local and national anti-racist NGOs throughout Europe and voice the concerns of ethnic and religious minorities in European and national policy debates.
2. The full ‘Measure, Plan, Act’ publication is available on ENAR’s website: http://enar-eu.org/wp-content/uploads/20084_equalitydatacollectionpublication-8-low.pdf