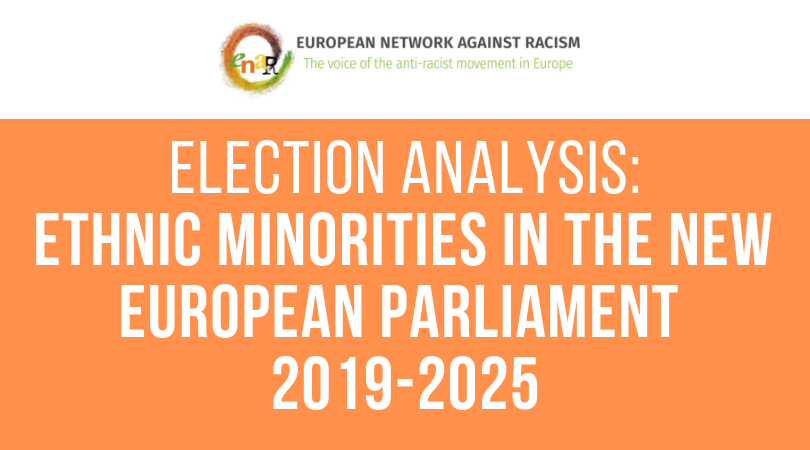 The European Network Against Racism (ENAR) analysed racial and ethnic minority representation following the results of the 2019 European Parliament elections.

This review encompasses (A) total racial, ethnic and religious minorities, or all of those racialised in their countries and (B) people of colour, all those racialised as ‘non-white’, with origins outside of Europe.

Reviewing results from the 28 EU Member States amounting to 751 MEPs, we found that racial/ethnic minorities are hugely underrepresented according to proportion of population.

We estimate that racial and ethnic minorities make up at least 10% of the European Union population, but make up: 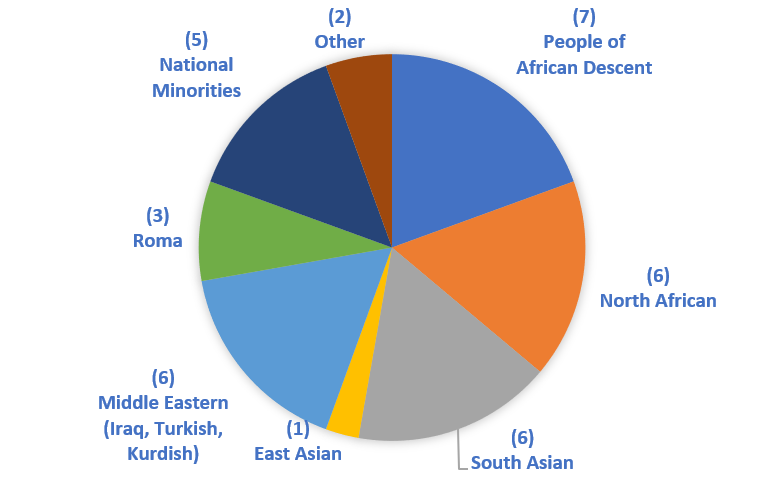 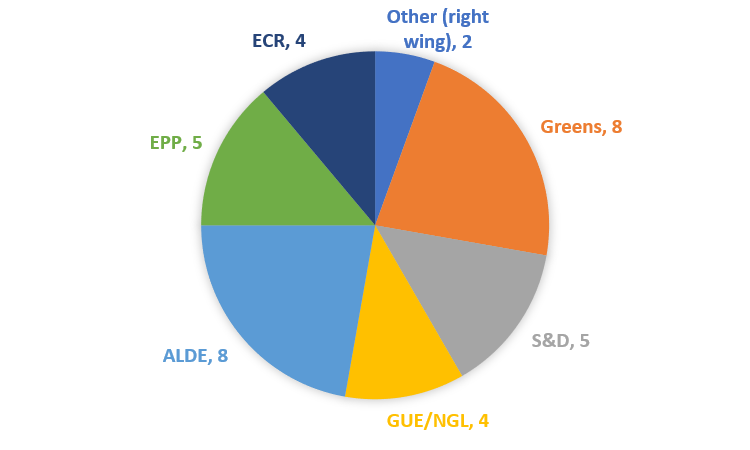 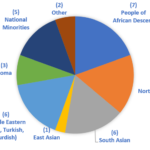 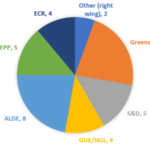