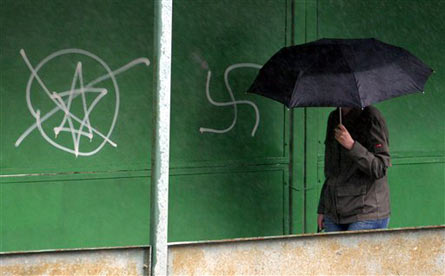 Brussels, 26 May 2014 – On Saturday 24 May, a man gunned down four persons in Brussels’ Jewish History Museum. The police still hesitate to qualify this attack as anti-Semitic and/or terrorist.

The European Network Against Racism (ENAR) mourns with the families of the victims and condemns this attack against an institution which highlights the century-long contribution of Jews to local societies in Belgium and Europe.

This is probably the first anti-Semitic attack in Belgium against a Jewish institution since WWII. It occurred just before European elections that have seen a surge of parties supporting racist ideologies and policies, including anti-Semitic ones – with a 50% increase compared to the last European elections. ENAR calls on democrats to wake up and connect the dots between politics, economics, growing inequalities and the increase of hatred and violence in our societies.

In 2014, wealth inequalities in Europe have reached the same level as in 1910. Anti-Semitism is well back on track; Islamophobia, anti-Gypsyism, Afrophobia and anti-migrant racism are on the rise across Europe. All these forms of racism are interconnected and nurtured by xenophobic political narratives that try to swap responsibilities for the widening inequality gap between the financier and the “foreigner”.

ENAR Chair Sarah Isal said: “How many more slaps in the face will our decision makers need to understand that they need to shift gear, and move from excluding policies to inclusive ones? It’s time to find the financial resources for progressive policies where they are: make the rich contribute, fight fiscal evasion and invest in people’s future: education, health, housing.”