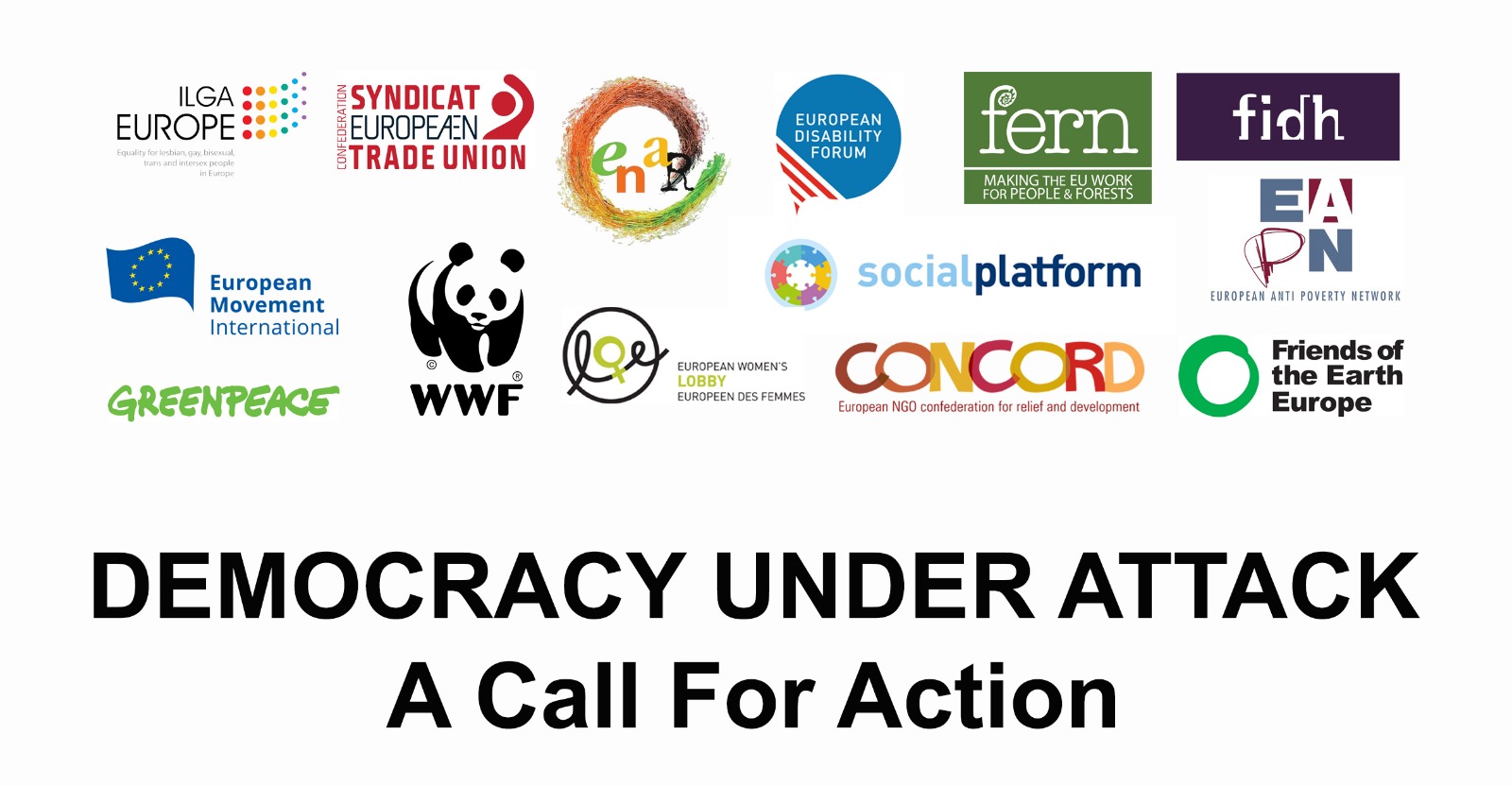 Democracy under attack: a call for action

A broad coalition of civil society organisations, including ENAR, are joining forces to issue a wake-up call to EU leaders and governments: democracy is under attack. We are launching this call for action ahead of the EU colloquium on fundamental rights on democracy on 26-27 November 2018. 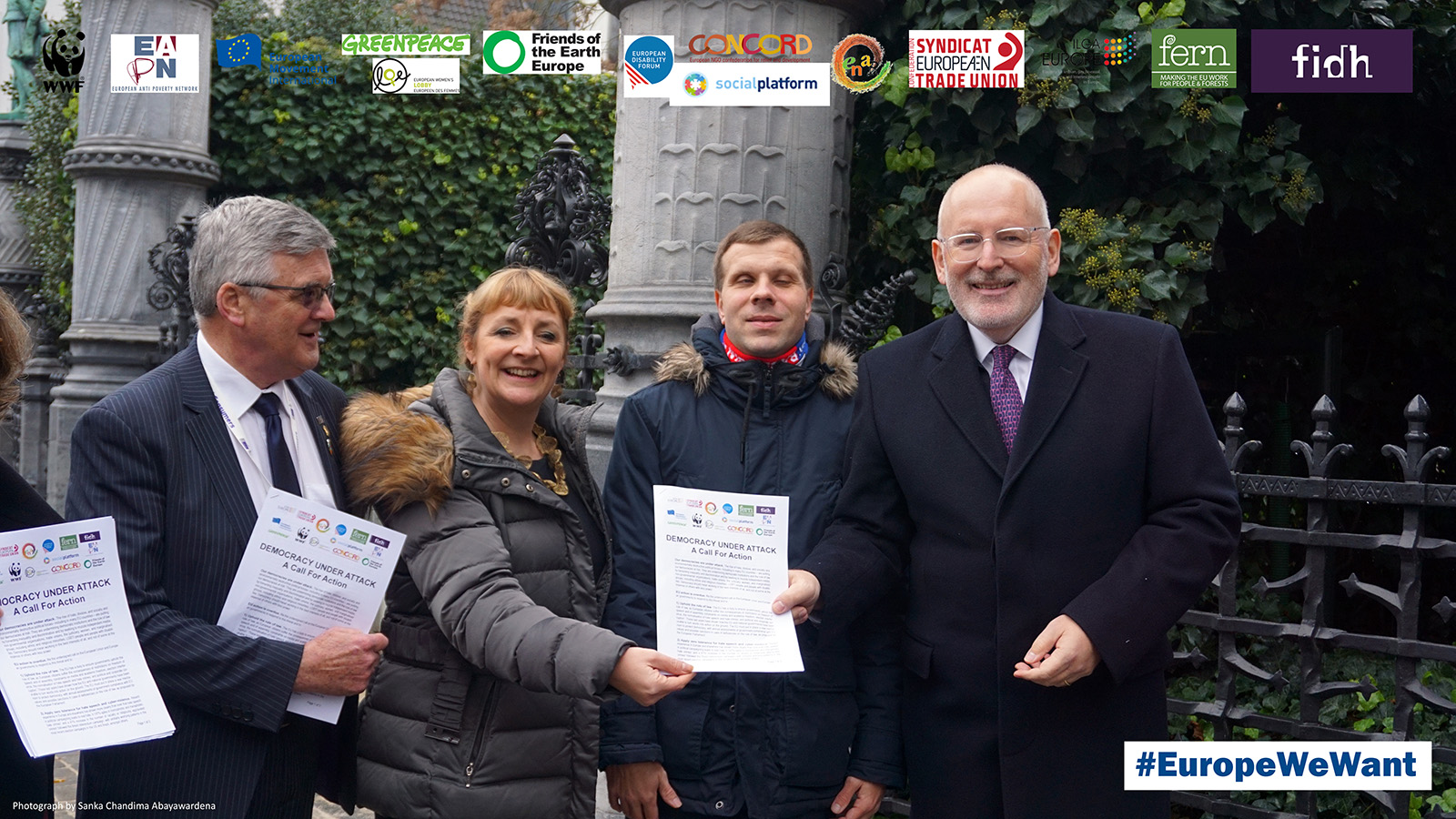 A Call for Action

Our democracies are under attack. The rise of hate, divisive, and socially and environmentally destructive political forces– including in many EU countries – are putting our democracies at risk. They are undermining democratic institutions and the rule of law by fomenting inequality and discrimination and by seeking to muzzle independent media, non-governmental organisations, trade unions, the judiciary, women, and marginalised groups, including ethnic and religious minorities, LGBTI people and people with disabilities. Democracy should mean working in the best interests of all, and not of some at the expense of others with less power.

EU action is overdue. We the undersigned call on the European Union and European governments to respond to this threat and to:

1) Uphold the rule of law. The EU has a duty to ensure governments uphold the rule of law, as European citizens suffer the consequences of restrictions on freedom of speech and of assembly, constraints on media and academic freedom, election interference, the normalisation of hate speech and hate crimes, and political and corporate corruption [[State of civil society report 2018. Year in review: top ten trends (Civicus, 2018)]]. These last years have shown how the EU and national governments have been unable to turn words into action on the ground. The EU must put in place a new mechanism to protect democracy, with annual assessments of government compliance with EU values and possible sanctions in case of deficiencies on the rule of law, as proposed by the European Parliament [[European Parliament resolution of 14 November 2018 on the need for a comprehensive
EU mechanism for the protection of democracy, the rule of law and fundamental rights (2018/2886(RSP) http://www.europarl.europa.eu/sides/getDoc.do?pubRef=-//EP//-TEXT+TA+P8-TA-2018-456+0+DOC+XML+V0//EN&language=EN]].

2) Apply zero tolerance for hate speech and cyber-violence. Recent
experience in Europe and elsewhere has shown more clearly than ever that hate speech in political campaigning leads to real hate. A 147% spike in homophobic and transphobic hate crimes [[The Hate Crime Report 2016: Homophobia, biphobia and transphobia in the UK (Galop, 2016) http://www.galop.org.uk/wp-content/uploads/2016/10/The-Hate-Crime-Report-2016.pdf]] and a 41% increase in the number of racially or religiously aggravated crimes [[Hate crime, England and Wales, 2015 to 2016 (UK Home Office) https://www.gov.uk/government/statistics/hate-crime-england-and-wales-2015-to-2016]] followed the Brexit referendum campaign, with similarly worrying patterns in the most recent election campaigns in the US and Brazil, amongst others. Women, who are 27 times more likely [[#HerNetHerRights: Mapping the state of online violence against women & girls in Europe (European Women’s Lobby, 2017) https://www.womenlobby.org/wp-content/uploads/hernetherrights_report_2017_for_web.pdf]] than men to be harassed online, also face exceptionally high levels of violence in politics: 85.2% of the women interviewed in a study by the Inter-Parliamentary Union (IPU) [[Sexism, harassment and violence against women in parliaments in Europe (Inter-Parliamentary Union, October 2018) http://website-pace.net/documents/19879/5288428/20181016-WomenParliamentIssues-
EN.pdf/7d59e7c5-4a88-4d23-a6cd-7404449fd45f]] had suffered psychological violence while in office. As civil society organisations working for justice at the EU level in the areas of human rights, labour rights, development and the environment, we call on all EU leaders to take a firm stance to actively prevent, sanction and eliminate hateful and divisive rhetoric within their parties and offices.

3) Defend the right for people to campaign for the public interest. Human rights defenders, trade unionists, environmental activists and non-governmental organisations are on the frontline of battles to defend the public interest in many EU countries. They stand up for the civil and human rights that are crucial for democratic societies; they challenge and expose environmental destruction and corporate collusion with governments and politicians; and they speak up for marginalised and vulnerable communities. These people and organisations are taking action to improve and protect our democracies and to uphold EU values, often without recognition and without government or EU support. They are also often targeted by those who seek to corrupt and poison our democracies. We call on the EU, national and local governments to actively defend the right for people and organisations to campaign for the public interest, to support them when they are threatened, and to strengthen dedicated EU funding for public interest organisations. 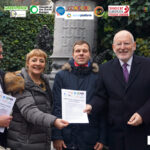 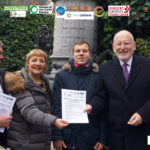