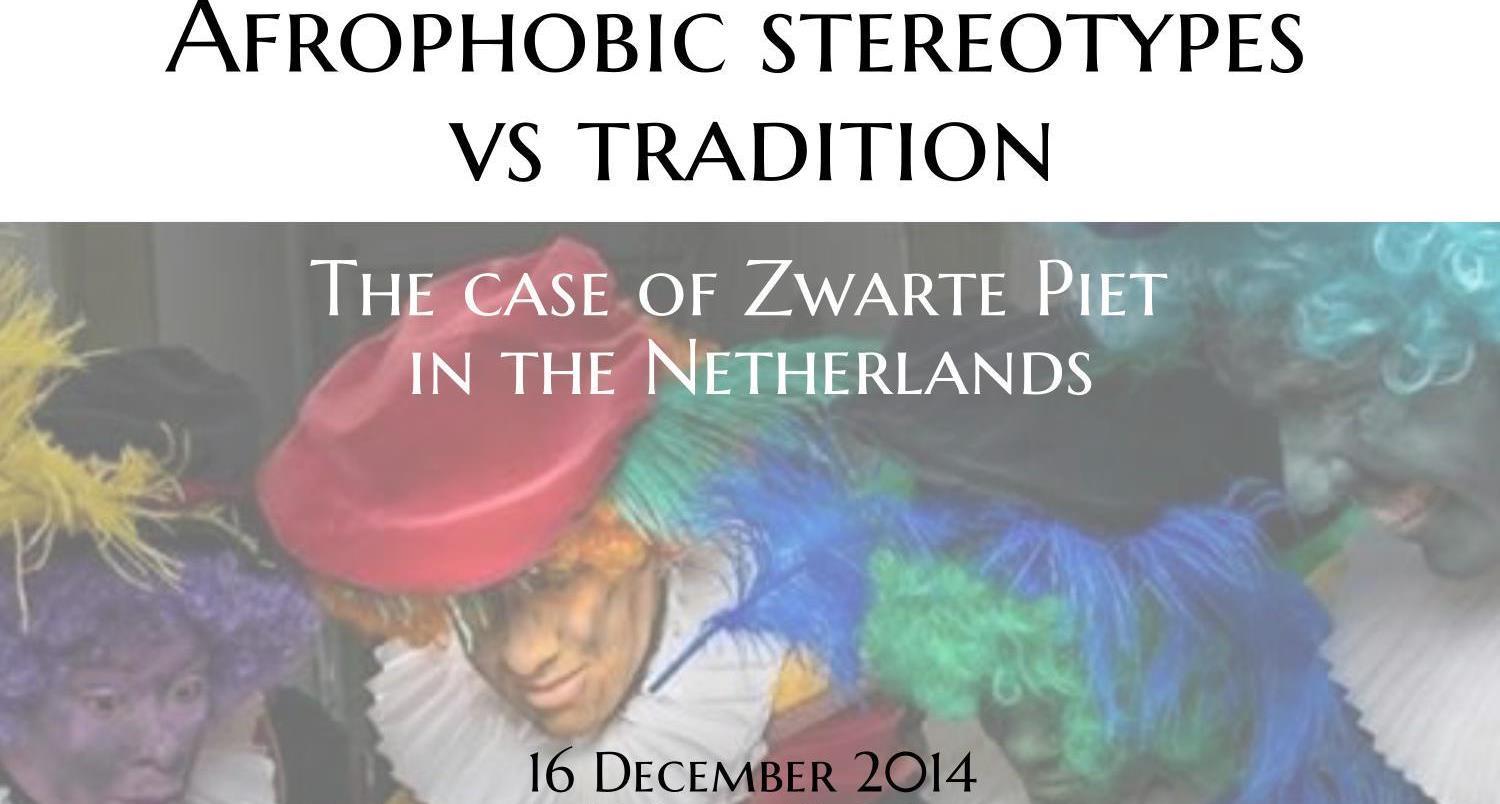 Brussels, 11 December 2014 – The European Network Against Racism and MEP Malin Björk (GUE/NGL, Sweden) are organising a debate on ‘Afrophobic stereotypes vs tradition: the case of Zwarte Piet in the Netherlands’ on 16 December in the European Parliament in Strasbourg.

This debate, which will gather Black-led and anti-racist organisations from across Europe and MEPs, will discuss blackfacing and its impact on people of African descent and Black Europeans and bring evidence of the existence of a specific form of racism called Afrophobia, that specifically targets Black people in Europe.

The numerous negative and aggressive reactions to the organisation of this debate – including from other MEPs – in Dutch media and on social media, show the urgency and importance of having a discussion on Afrophobia, its manifestations and its impact on Black people in Europe.

Indeed, this debate will not only focus on the Netherlands, but also more widely on the representation of Black people in France, Belgium, Germany, Sweden and other countries. This is not about pinpointing one particular country, but taking the case of ‘Zwarte Piet’ to have a deeper discussion on the existence of Afrophobia in Europe and how the role of the European Parliament could contribute to challenging this form of racism. In addition, equality and non-discrimination are EU competences and it is therefore perfectly justified to hold a discussion on Afrophobia in the only democratically elected institution of the European Union.

ENAR Vice-Chair Momodou Malcolm Jallow said: “On 10 December, the UN Decade on People of African Descent was officially launched. Yet in Europe we can’t face the reality of racial discrimination. I strongly condemn the racist attacks and unconstructive and slanderous reactions the organisers behind the event are subjected to. This clearly highlights the challenges ahead of us in our efforts to recognise, promote and protect the rights of people of African descent and Black Europeans.”

3. Negative reactions have been reported e.g. in De Telegraaf, Elsevier, Geen Stijl, De Volkskrant, among others.