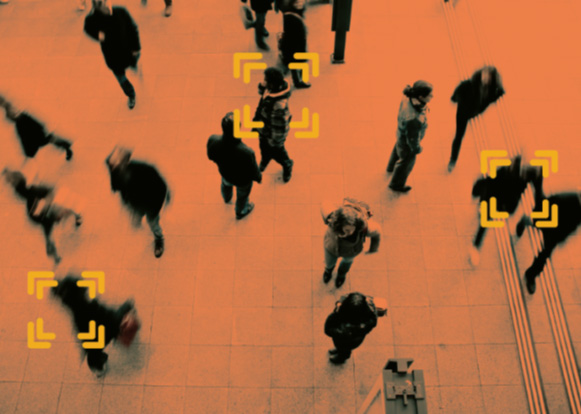 Brussels, 5 November 2019 – The increased use of new, data-driven technologies in policing has concerning implications for racialised communities in Europe, in a context where ethnic and racial minorities are already over-policed and under-protected, according to a new report by the European Network Against Racism (ENAR) and the Open Society Justice Initiative.

“We still have to contest the use of racial profiling and narratives placing us, racialised people, as a threat to security. The use of new technologies by police and law enforcement maintains and further entrenches these discriminatory practices, under the guise of the ‘neutrality’ of data and technology”, said Karen Taylor, Chair of the European Network Against Racism.

The report highlights that the impact of new technologies to identify, surveil and analyse – such as crime analytics, the use of mobile fingerprinting scanners, social media monitoring and mobile phone extraction – will be disproportionately felt by minority ethnic communities, as they are already over-policed.

In addition, many algorithmically driven identification technologies, such as automated facial recognition, disproportionately mis-identify people from black and other minority ethnic groups. For communities that are already over-policed, such technological limitations will increase further the likelihood of discriminatory stop and search.

Finally, predictive policing systems are likely to present geographic areas and communities with a high proportion of minority ethnic people as ‘risky’ and subsequently, foci for police attention. Research studies show that data-driven technologies that inform predictive policing resulted in an increase in levels of arrest for racialised communities by 30%. Indeed, place-based predictive tools take data from police records already based on practices of over-policing certain communities, and forecast that based on the higher rates of police intervention in those areas, police should prioritise policing those areas further.

Law enforcement agencies present technology as ‘race’ neutral, independent of bias, and objective in its endeavour to prevent crime and offending behaviour. Such claims overlook the overwhelming evidence of discriminatory policing against racialised minority and migrant communities across Europe.

“It is urgent to address the potential misuses of data-driven police technologies and the consequences for racialised minority groups, as well as the current complete lack of public scrutiny and accountability. We need to challenge these injustices through collective resistance”, said Karen Taylor.

Notes to the editor:
1. The report was drafted by Patrick Williams and Eric Kind with the support of the Open Society Foundations. It is available here: http://bit.ly/2PTYmSl
2. The European Network Against Racism (ENAR aisbl) is the only pan-European network combining racial equality advocacy with building a strong network of anti-racist organisations across Europe. We ensure that laws and policies address racism and reflect the experiences of racialised people. We provide a unique space for organisations to connect and exchange strategies on how to combat racism and support our communities.