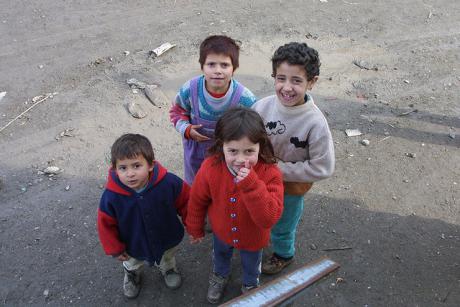 Call anti-Gypsyism by its name: Roma inclusion in the next European Parliament and Commission

The first step towards countering anti-Gypsyism is to recognise it as such, argues Martin Demirovski from ENAR, the European Network Against Racism, in an op-ed calling on the renewed European institutions to make the fight against this ever growing phenomenon in Europe a priority.

From 2004 to 2009, the European Parliament played a key role in calling on the European Commission to develop a European Roma Strategy, to ensure the inclusion of Europe’s largest minority group. In response to this visionary call, in 2010, the European Commission and the Council of the European Union adopted a European Framework for national Roma integration strategies. However, although the ‘paper work’ is done, work is still needed on ensuring the implementation of these strategies, especially in a context of rising racist violence and speech targeted at the Roma. The recent lynching of a Roma teenager in France is only the latest in many such incidents of violence across Europe.

This will require continuous and open debate between Roma and non Roma stakeholders, and the European institutions, on how pressure on the EU member states will be secured and will need to be a priority for the new European Commission and European Parliament from 2014 to 2019.

It is crucial that the next European Parliament remains “a driving force” on Roma inclusion in the EU. Despite the increase in racist and xenophobic seats, mainstream parties in the EP will need to speak the same language on upholding key EU values of equality and protection of fundamental rights. Only a coherent vision will ensure Roma become equal citizens of Europe.

Unfortunately, as Aidan McGarry, author of the article “The dilemma of the European Union’s Roma policy” states, Roma are treated as a “social group with a specific social problem” in current European Roma policies, whilst ignoring the fact that racism against the Roma is a crucial factor. The lack of respect for a “politics of recognition” thus endangers future implementation of EU Roma policies. Indeed, combating racial discrimination/anti-Gypsyism is a pre-condition for successful inclusion of Roma in Europe, as Roma activists have underlined time and again, and is currently missing in the national Roma integration strategies.

With a new European Parliament and European Commission as from July, there is a golden opportunity ahead of us to rethink, and if necessary amend, Roma inclusion policies.

One step forward would be to make the fight against discrimination/anti-Gypsyism become an additional pillar in existing European Roma policies. To achieve this, the European Parliament could, for instance, task the EU Fundamental Rights Agency to conduct Europe-wide research on anti-Gypsyism and publish a report in which they would call this specific form of racism by its true name. If the report provides alarming results, which surely it will, then the European Parliament should be given a political opportunity to act – to act in way that will recognize anti-Gypsyism and ask the Commission to work on preventing this phenomenon. In addition, the current dynamic of the EU Roma Framework requires the European Parliament to have an official and permanent channel of communication with NGOs involved in the implementation of the national Roma integration strategies. Only through close and continuous dialogue with NGOs and other agencies, will the EP be able to advance on Roma inclusion in the EU.