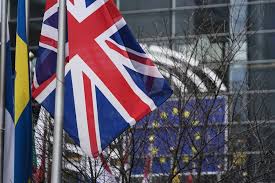 Brussels, 31 January 2020 – The formal departure of the United Kingdom from the European Union today will significantly reduce the representation of racial and ethnic minorities in the EU institutions. The European Network Against Racism (ENAR) calls on the leaders of EU institutions to urgently improve racial diversity and representation in their ranks.

Ethnic and racial minorities are already underrepresented in all EU institutions. In the European Parliament, although the 2019 elections brought a welcome increase in the numbers of racial and ethnic minorities elected, Brexit now rolls back most of the gains. According to our analysis, the United Kingdom elected the most MEPs of colour, and the number of racial and ethnic minority MEPs will now go down from 5% to 4%.

In other EU institutions also, although they do not collect data on the racial diversity of their workforce, making it difficult to know the extent of the problem, anecdotal evidence suggests that the few members of staff of racial or ethnic minority background are often from the United Kingdom.

After Brexit, not only will there be seven less MEPs of colour, but there is also a risk that commitment to equality and diversity principles such as equality data collection, positive action, and even the acknowledgement of racism as a major issue, will decline.

Karen Taylor, Chair of the European Network Against Racism, said: “Brexit day is a sad day for racial diversity in the EU. But it is also an opportunity for EU institutions to step up their game and finally take measures to ensure representation of racial and ethnic minorities in their structures. We will also continue to act in solidarity with anti-racist activists in the UK.”

We urge leaders of EU institutions to prioritise ensuring their structures reflect the full diversity of the EU population. This is vital to their democratic legitimacy. They must collect data on the scope of the issue, develop a holistic diversity strategy that effectively addresses racial diversity, developing clear measures to improve representation, and create an inclusive workplace for people of colour.

Notes to editors:
1. ENAR’s analysis of ethnic and racial minorities in the new European Parliament is available here: https://www.enar-eu.org/wp-content/uploads/2019_06_racial_diversity_eu_parliament_elected_meps_final.pdf
2. ENAR’s roadmap to racial diversity in EU institutions is available here: https://www.enar-eu.org/A-roadmap-to-racial-diversity-in-EU-institutions
3. The European Network Against Racism (ENAR aisbl) is the only pan-European network combining racial equality advocacy with building a strong network of anti-racist organisations across Europe. We ensure that laws and policies address racism and reflect the experiences of racialised people. We provide a unique space for organisations to connect and exchange strategies on how to combat racism and support our communities.