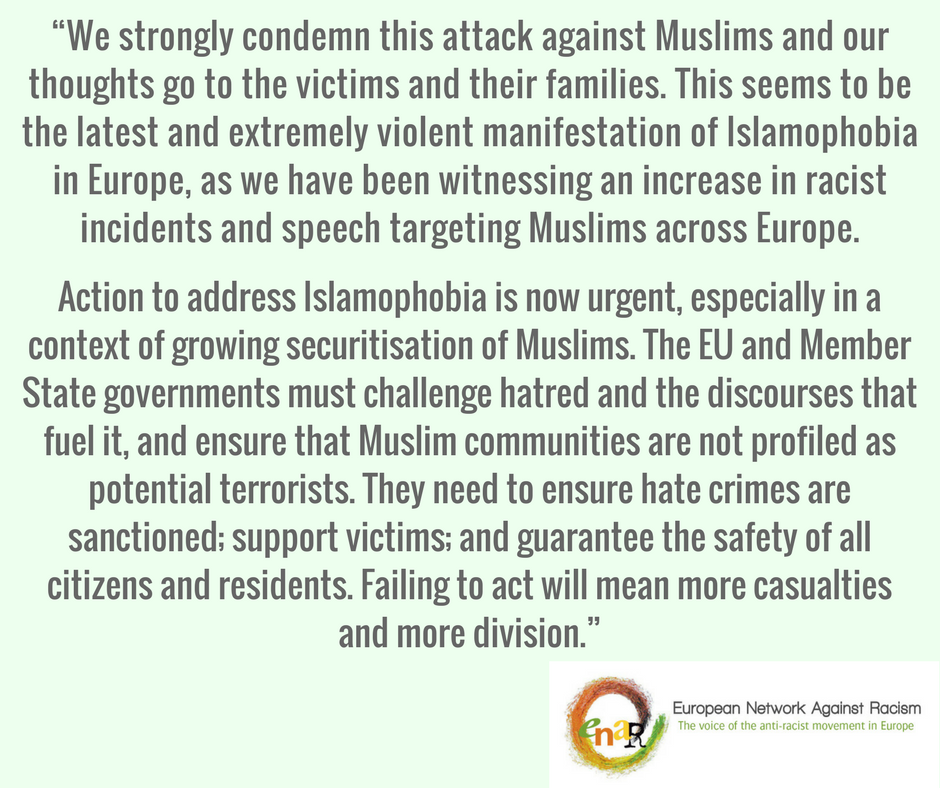 Attack against mosque in London highlights need for action against Islamophobia

Reacting to the terror attack targeting Londoners outside a mosque last night, Michael Privot, Director of the European Network Against Racism (ENAR), said:

“We strongly condemn this attack against Muslims and our thoughts go to the victims and their families. This seems to be the latest and extremely violent manifestation of Islamophobia in Europe, as we have been witnessing an increase in racist incidents and speech targeting Muslims across Europe. Action to address Islamophobia is now urgent, especially in a context of growing securitisation of Muslims. The EU and Member State governments must challenge hatred and the discourses that fuel it, and ensure that Muslim communities are not profiled as potential terrorists. They need to ensure hate crimes are sanctioned; support victims; and guarantee the safety of all citizens and residents. Failing to act will mean more casualties and more division.” 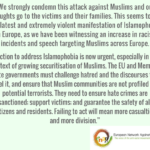