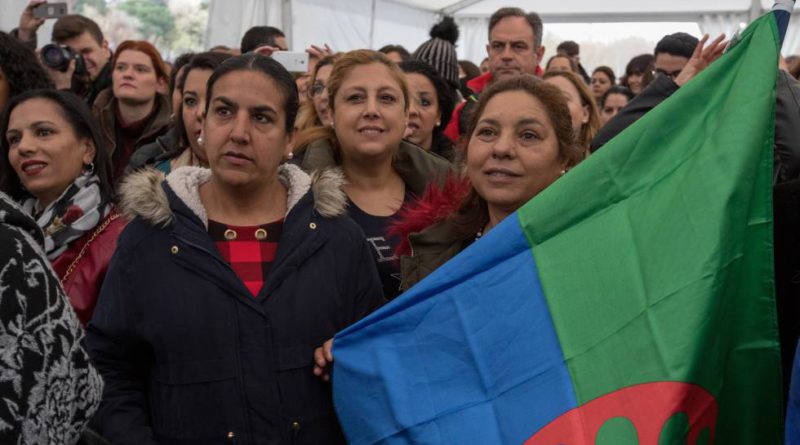 Unveiling anti-Roma sentiments in Spain. What’s next after Covid-19?

The European Union is founded on the principles of human dignity and equal treatment irrespective of racial or ethnic origin. Upholding this commitment, the European Commissioner for Equality, Helena Dalli, recently called EU member states to “do their utmost to prevent national or ethnic minorities, in particular Roma, from becoming scapegoats in the current crisis”. Yet the Covid-19 pandemic has already unveiled anti-Roma sentiments across Europe, and this opens up a necessary debate on racism in our European societies.

As a member of Parliament in Spain, I supported the Spanish government’s efforts to recognise the vulnerability of Roma to Covid-19 in the context of preexisting structural inequalities as soon as the state of emergency was declared. And indeed, the government mapped almost a thousand neighbourhoods mostly populated by Roma living in a situation either of poverty or extreme poverty. Consequently, it deployed a plan to provide essential goods to poor families during the pandemic and to guarantee a basic income, as well as water and electricity supply. These were welcome measures; nevertheless, social and economic measures are not sufficient to protect Roma rights in these times. Since the start of the pandemic, Spanish Roma organisations, such as Khetane and Union Romani, have repeatedly denounced the use of racist language that portrays Roma communities as a threat to public health.

I have been shaken by the level of hatred spread by highly influential newspapers, insulting, ridiculing and slandering Roma communities. It was also striking to see cases of large mainstream media outlets calling for the use of police or military force against the Roma. Such messages of hatred have immediate consequences: there have been people encouraging a massive lynching and burning of Roma not respecting confinement measures through social media. No action was taken to condemn or prosecute these cases to date. Yet the Spanish law protects its citizens and specific minority groups against threats, crimes against moral integrity and hate speech, protections guaranteed in the penal code.

All socio-economic policies directed to Roma will prove fruitless if they are not backed up by a commitment to stop racism and its manifestations, including discrimination

During the Covid-19 crisis, we are taking urgent measures to strengthen the public health system and to provide medical and social care to those who need it. But this is not enough. Our country must be also vigilant to prevent any violation of fundamental rights. Deeply rooted racism manifests in situations of crisis, when social anxiety and discontent search for available channels of expression. And the Roma have historically proved to be an easy target, due to a sense of impunity linked to a widely accepted form of racism. The social climate of panic that prevails in times of Covid-19 is crucial to assess the significance and possible effects of racist narratives. They may serve the purpose of creating an intimidating, hostile, degrading, humiliating and offensive environment for Roma communities.

As a member of Parliament, I have said in different forums that all socio-economic policies directed to Roma will prove fruitless if they are not backed up by a commitment to stop racism and its manifestations, including discrimination.

In December this year, the EU framework for Roma inclusion will come to an end; and I’m sure there will be many lessons to learn on inequality from the Covid-19 crisis. One of them is the need to prioritise anti-racism in both national and EU programmes. Roma inclusion – understood as equal participation in all areas of society – seems unlikely to happen when harsh stigmatisation of and hatred against Roma communities continue to be allowed.

The construction of social fear embodied in the ‘Roma threat’ is the biggest barrier for accessing housing, quality jobs, or democratic structures of representation. These three areas of inclusion, as different as they are, require the quality of reliability; and this is precisely what has been denied to the Roma people. They have been deprived of the most essential social capital: trust. The misrepresentation of Roma in racist narratives has three main effects: damaging the reputation of an entire group of people; creating a fear-based public opinion; and ultimately legitimising the social and economic gap they face.

Such stigma is not new. Some say it has deep-rooted historical roots, drawing parallels to Europe’s infamous history of anti-Semitism. If so, it has had a lasting negative impact: surveys on intolerance regularly report the highest levels of hostility towards Roma among all groups in Europe.

This must stop: Spain and other EU member states have to enforce the law and protect Roma victims from such mistreatment. They have to sanction hate speech in any form, be it in the traditional media, online media or social media. In modern democracies, public institutions do not only mirror society’s values, they lead to societal transformations. They have a responsibility to educate the public and to stand up to protect everybody.

I trust Spain can lead the way to a new paradigm of inclusion and justice. Roma equality in European societies is more than a social inclusion issue; it is a human dignity issue. This requires committed and anti-racist politicians and public servants who ensure that Roma are equally treated and their fundamental rights are respected.

Ismael Cortés is a Roma scholar and Member of Parliament in Spain within the political party Unidas Podemos – En Comú Podem.