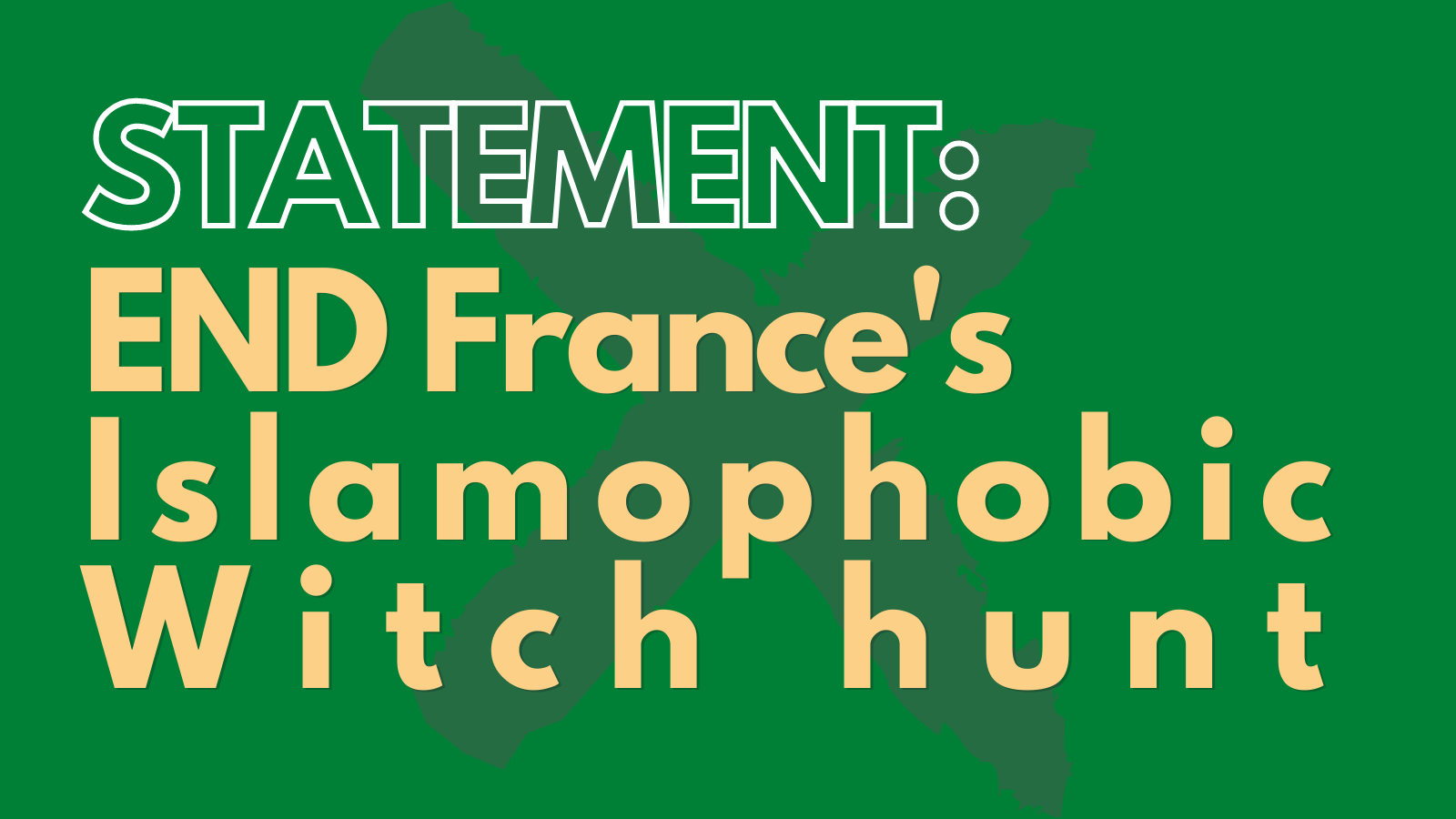 France is engaging in a full-blown Islamophobic Witch Hunt by targeting racialised communities and organisations in Europe. Over the past months, the French government has launched countless administrative procedures to shut down Muslim-led organisations, mosques, schools, and even Muslim-owned “snack bars”. Despite a complete lack of evidence or judicial process, it did so by claiming “Muslim Brotherhood” affiliations.

Following France’s latest attacks against FEMYSO, ENAR and 33 civil society organisations are expressing solidarity with the youth-led Muslim civil rights organisation. The attacks began shortly after FEMYSO met with Helena Dalli, the EU Commissioner for Equality, to discuss the challenges experienced by young Muslims in Europe. With the French presidency in Europe looming, civil society organisations fear that this oppressive trend poses a threat to Europe’s values and unity if left unchecked.

Karen Taylor, Chair of the ENAR Board, said: “The actions carried out by the French government are deeply concerning. Not only do they contradict the EU’s values of equality, diversity, democracy, and disregard the rule of law, but they are also deeply divisive and dangerous for society.”

In practice, France’s strategy consists of silencing the voices that criticise its discriminatory policies, using the excuse of possible incitement to hatred as a basis to portray racialised organisations as threats to the Republic, rather than the state’s victims. In the case of Muslims, France also uses conspiracy theories to justify its anti-democratic actions without proof.

France is using Muslim Brotherhood conspiracy theories as its boogeyman to attack organisations that defend human rights. On the one hand, Muslims, who are already heavily discriminated in France, are being further demonised; on the other hand, those that organise to denounce this are targeted. Organisations such as Human Rights Watch, Amnesty International, and Ligue des Droits de l’Homme have already called out France’s discriminatory policies on multiple occasions.

Two weeks ago, France pushed its weight against the Council of Europe for the publication of a campaign focused on discrimination against Muslim women wearing headscarves. French politicians are now applying the same pressure on the European Commission.

Karen Taylor concluded: “Europe’s civic space is shrinking quickly and this pattern should be concerning to all civil society. In France, organisations focused on Islamophobia were the first to be targeted, but we are already seeing other organisations suffering similar attacks in their efforts to address structural racism. If we allow this pattern to continue, the French state may eventually decide that the denunciation of all forms of discrimination, such as police brutality or xenophobia, is dangerous. We are calling on European Leaders to recognise this urgent threat and firmly condemn this approach now before it’s too late.”

Notes to editors:
• The European Network Against Racism (ENAR aisbl) stands against racism and discrimination and advocates equality and solidarity for all in Europe. We connect local and national anti-racist NGOs throughout Europe and voice the concerns of ethnic and religious minorities in European and national policy debates.