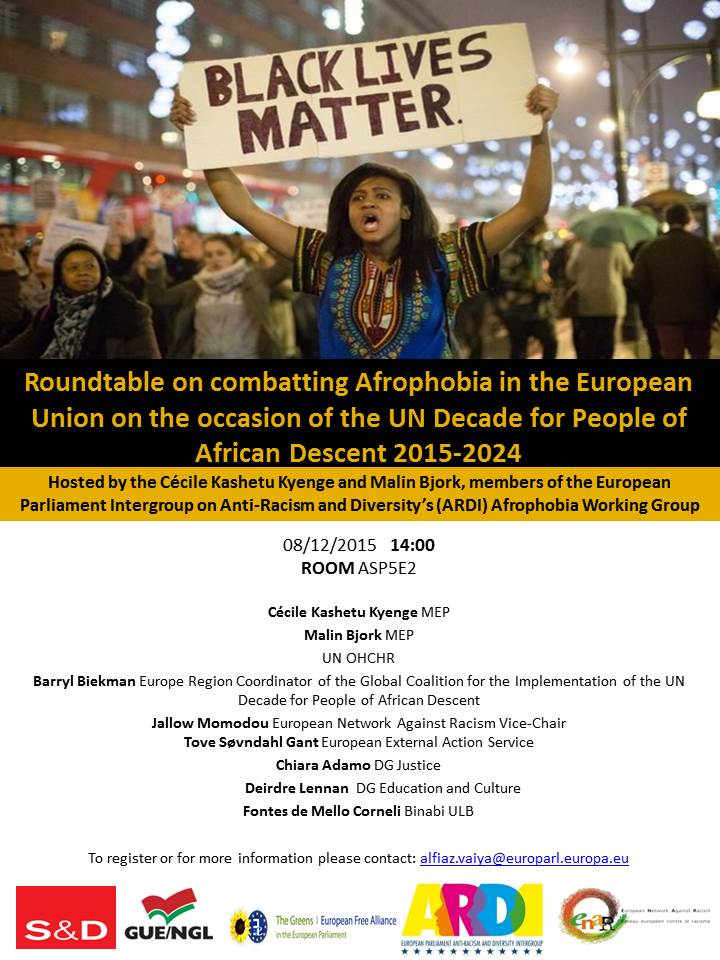 8 December 2015: Roundtable on combatting Afrophobia in the European Union

The European Network Against Racism is pleased to co-organise and invite you to a Roundtable on combatting Afrophobia in the European Union on the occasion of the UN Decade for People of African Descent 2015-2024.

This Roundtable is organised by S&D group, GUE/NGL, the Greens, Anti-Racism and Diversity Intergroup and European Network Against Racism. 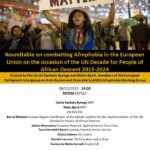