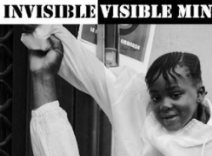 ENAR launched its latest publication with the title “Invisible Visible Minority: Confronting Afrophobia and Advancing Equality for People of African Descent and Black Europeans in Europe”. The event was held on 21 January from 13:00 to 14:00 at the Info Point Europa, in Rue Archimède 1, Brussels.

– Read the report of the launch event