We achieved four milestones in 2018: Afrophobia is increasingly recognised as an issue at European level; the EU further commits to work on Islamophobia; ENAR is among the key drivers of the conversation on intersectionality at European level and the European Commission published guidelines on how to improve combating racist crimes. 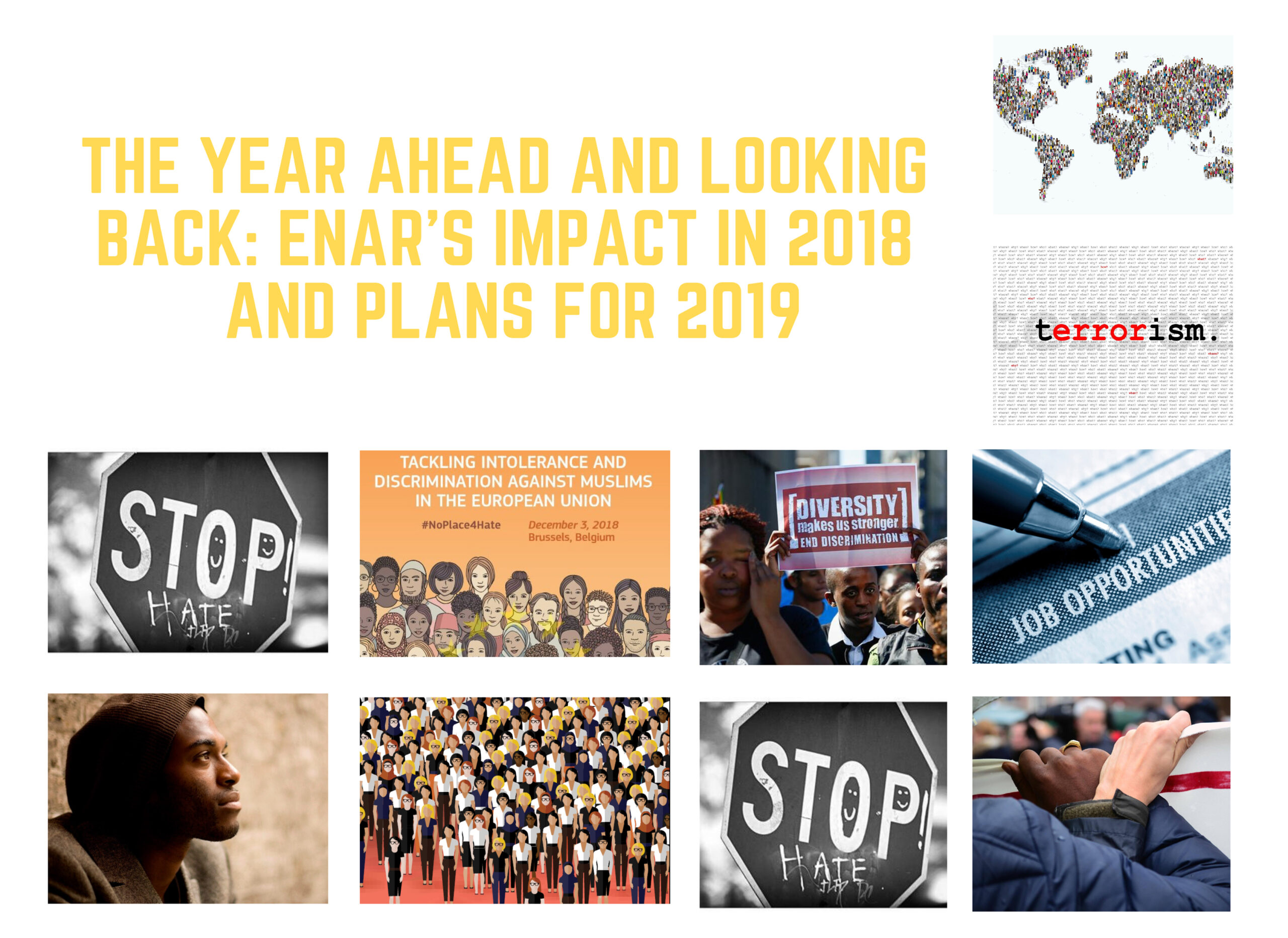 The European Commission in December 2018 published a guidance document on the practical application of the Framework Decision on racism and xenophobia. The guidance document reflects ENAR’s calls for EU Member States to center the victims’ approach in recording and investigating racist crimes, and for an intersectional approach to recognition of protected grounds. These recommendations will support ourmembers’ advocacy efforts at national level to ensure racistcrime legislation is implemented.

2018 was a pivotal year for the EU recognition of Afrophobia as a specific form of racism. ENAR was a main organiser of the first EU People of African Descent Week in the European Parliament, which put forward key recommendations for the improvement of the situation of Black people in Europe. The European Parliament also tabled a Resolution on the fundamental rights of People of African Descent and Black Europeans in Europe, as a result of ENAR advocacy.

ENAR’s advocacy and media efforts in collaboration with a stronger coalition of European and national NGOs against Islamophobia led to the organisation of an EU high level meeting on anti-Muslim hatred in December, attended by Member State representatives. Concrete recommendations were put forward,and as a result, the Netherlands encouraged Member States to follow these, and Spain committed to organise a follow-up conference on combating against Islamophobia.

INTERSECTIONALITY IN THE SPOT LIGHT

We will advocate for EU standards on National Action Plans Against Racism which address specific forms of racism, including Afrophobia, Antigypsyism, Islamophobia, Antisemitism and anti-migrant racism,and contribute to advocacy and civil society mobilisation on National Action Plans Against Racism in some Member States. We will disseminate a book on Antigypsyism and ensure combating Antigypsyism is central to future EU Roma Integration Strategiespost-2020. We will ensure the European Parliament takes a stand on combating Afrophobia in the European Union. We will work on a reference paper on Islamophobia, in cooperation with a civil society coalition working to combat Islamophobia. We will advocate for EU institutions to adopt an intersectional approach in policy making and publish a policy paper on intersectionality of racism and other forms of discrimination.

We will advocate for the recognition of institutional racism in law enforcement as a barrier to access to justice for victims of racist violence. We will continue to monitor racist crime across Europe,including by publishing our shadow report on racist crime, which will include a focus on the recording, investigation and sentencing of hate crimes with a racial bias.:

We will work to ensure non-discrimination and equal rights are key elements of integration and employment standards and policies,such as the EU Blue Card Directive for highly qualified migrant workers. We will follow discussions about the future of the Asylum,Migration and Integration Fund and monitor the implementation of national action plans for integration of third country nationals.

We will continue to call for human rights impact assessment of security policies. We will conduct research on the impact of counter-terrorism measures on groups at risk of racism in five EU Member States and publish a comparative report. ENAR is also a partner of the pan-European “Dialogue About Radicalisation and Equality” (DARE) project, which investigates young people’s encounters with agents of radicalisation. It aims to broaden understanding of radicalisation, demonstrate that it is not located in any one religion or community, and to explore the effects of radicalisation on society.

We will continue to advocate and build capacity of civil society organisations to advocate for the collection of safe and inclusive data to measure discrimination and positive equality policies to address racial inequalities.

We will continue to call for the removal of labour market barriers affecting ethnic and religious minorities and migrants, including those working in the EU institutions. We will publish a toolkit for employers on race and mental health in the workplace. We will hold our annualEqual@work seminar with private and public employers, trade unions and NGO partners.

We will strengthen the ENAR network, including by developing a network development strategy to build the anti-racism movement.We will support national projects by ENAR members on our strategic priorities. A key moment for the network will be the European Parliament elections in May, and we are aiming to unite advocacy and campaigning efforts of different anti-racism and civil society organisations in light of increased far-right influence.

We will continue to make strategic use of traditional and social media to communicate our messages to our key audiences. We will strengthen our communication strategy, including through effective messaging and framing to shape media and political discourses on racial equality, in particular ahead of EU elections. 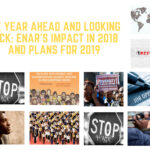