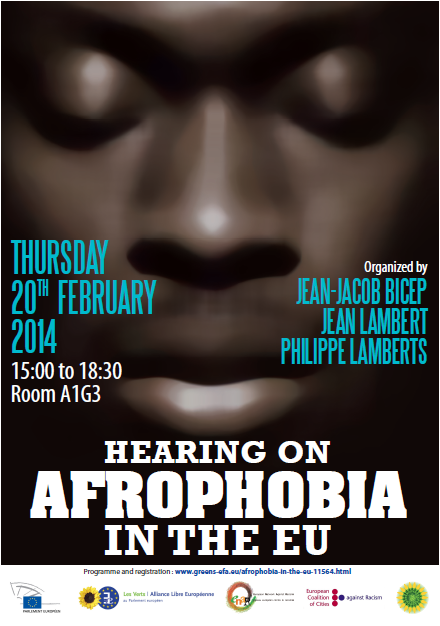 This event provided evidence on the existence of a specific form of racism called Afrophobia, that specifically targets Black people in Europe.

AFROPHOBIA IN THE EU

A Greens/EFA hearing in collaboration with ENAR and ECCAR

MEPs Jean-Jacob Bicep, Jean Lambert and Philippe Lamberts (Group of the Greens/European Free Alliance), in collaboration with the European Network Against Racism (ENAR) and the European Coalition of Cities against Racism (ECCAR), organised a European Hearing on Afrophobia on 20 February 2014 in the European Parliament.

This event, which gathered MEPs, EU officials, civil society organisations, artists and academics, provided evidence on the existence of a specific form of racism called Afrophobia, that specifically targets Black people in Europe.

The main objective of this event was to raise awareness and concern about how People of African Descent and Black Europeans are specifically affected by racial discrimination and stereotypes and to emphasize the urgency with which this specific form of racism must be recognized and tackled politically in order to really make a change in the lives of the 7 to 12 million people of African descent and Black Europeans residing in the EU. 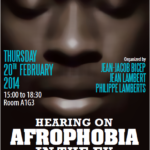