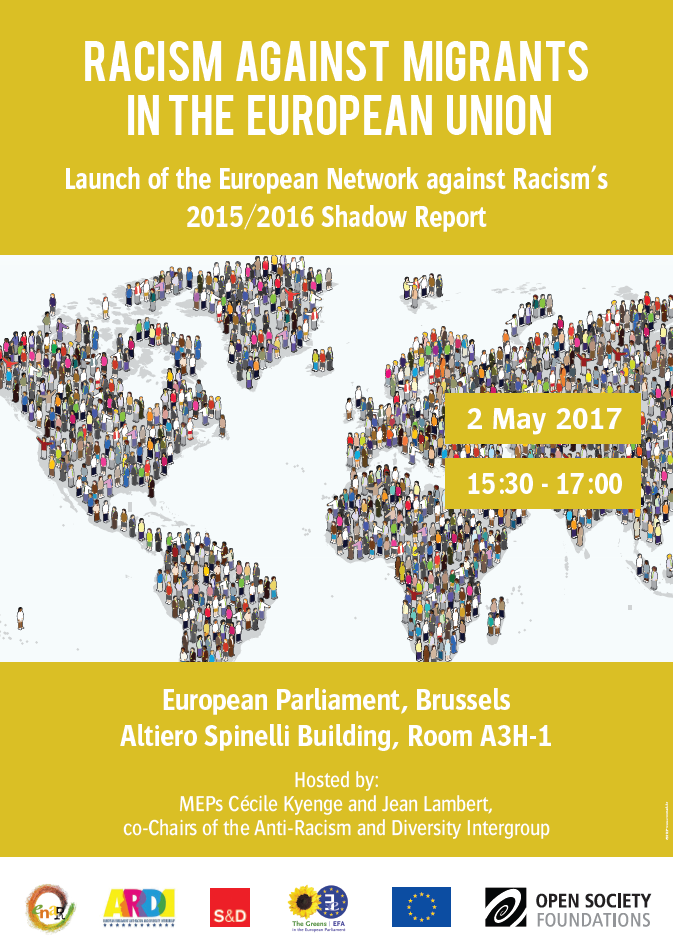 2 May 2017: Launch of ENAR’s Shadow Report on racism and discrimination in the context of migration in Europe

On 2 May, the European Network Against Racism (ENAR) is launching its Shadow Report on racism and discrimination in the context of migration in Europe at the European Parliament.

This event will gather MEPs, representatives of the European Institutions and of civil society organisations and is hosted by MEP Cécile Kyenge (S&D) and MEP Jean Lambert (Greens/EFA), with the support of the Anti-Racism and Diversity Intergroup (ARDI).

The event will be followed by a discussion between various MEPs, ENAR and civil society representatives from EU and national levels on discrimination affecting migrants and the role that the European institutions could play to improve their situation. 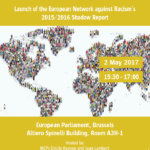