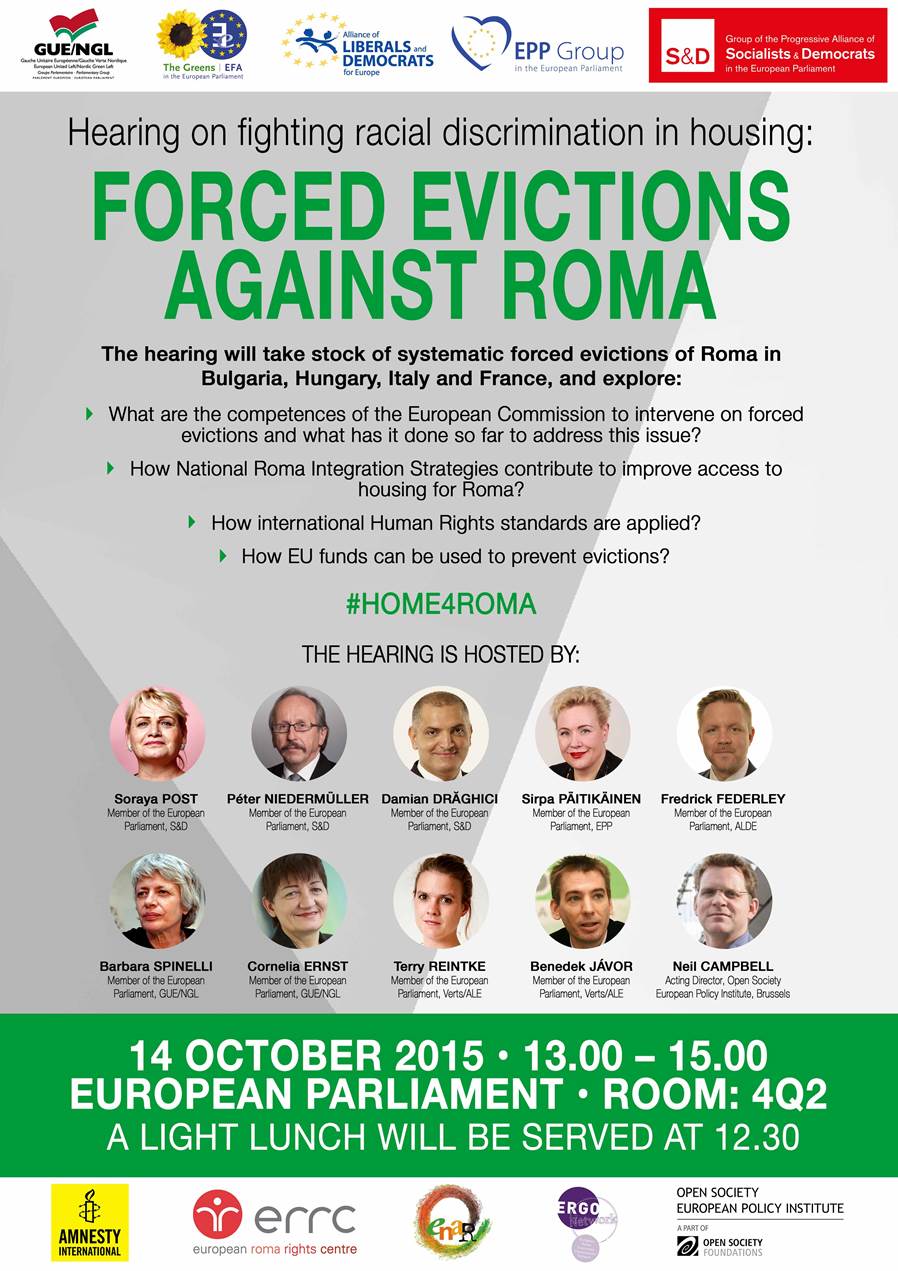 The European Network Against Racism is pleased to co-organise and invite you to a Hearing on Fighting Racial Discrimination in Housing: Forced Evictions Against Roma.

This hearing is organised by Amnesty International, European Roma Rights Centre, Open Society European Policy Institute, European Roma Grassroots Organisation Network and European Network Against Racism, and aims to discuss and review recent forced evictions of Roma in Bulgaria, Italy, France and Hungary. The objective is to use these four cases to highlight the phenomenon, and discuss how to use the EU Racial Equality Directive and the National Roma Integration Strategies, as well as other international human rights standards to address discrimination against Roma in housing, particularly when it comes to forced evictions.

A range of experts will be speaking at the event, including the MEPs hosting the hearing: Soraya Post, Péter Niedermüller and Damian Draghici (S&D), Cornelia Ernst and Barbara Spinelli (GUE/NGL), Benedek Jávor and Terry Reintke (Verts/ALE), Fredrick Federley (ALDE) and Sirpa Pietikäinen (EPP). 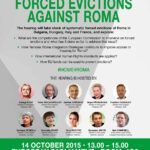