Every day ethnic and religious minorities face racist crime and violence across the EU. They are not targeted randomly by perpetrators, but simply because of who they are or perceived as. Racist crimes must be recorded, reported, investigated, prosecuted and result in criminal sanctions.

What is at stake?

Every day people of colour and ethnic and religious minorities face racist crime and violence across the EU. They are not targeted randomly by perpetrators, but simply because of who they are or they seem to be. Often this reality is denied or underestimated.

According to a FRA survey, every fourth respondent from a minority group said that they had been a victim of crime at least once in the 12 months preceding the survey.

In addition, the specificity of racist violence is that it has a ripple effect: not only does the individual have to deal with the hurt and isolation but everyone who shares that person’s identity becomes a potential target. This community then has a shared fear that they are vulnerable to harassment and violence because of their identity. On a wider scale this serves to isolate and polarise groups.

Despite EU legislation on combating racist violence, there are still gaps in the implementation by Member States. In practice, the variation in legal provisions in Member States has a direct effect on how criminal law authorities deal with racist crimes. Narrow definitions often translate in under-recording of incidents. In addition, currently, only Finland, the Netherlands, Sweden and the United Kingdom collect data on hate crime.

As for racist discourses, we know they are not just words. They have devastating effects on the groups targeted and can very often lead to acts of violence. If such discourses are propagated by public figures, politicians or the media, their impact is all the more damaging. Indeed, politicians have a significant influence as opinion shapers. They are, however, not always aware of the fine line between freedom of expression and the use of language inciting violence, discrimination or hostility.

We are working for an improvement of legislative standards, both at EU and national levels, to deal with incitement to violence and hatred and to ensure proper investigation and prosecution of racist crimes.

We are offering expertise to EU States to broaden the scope of data collected on racist crime through the use of victimisation surveys on the nature and extent of unreported crimes, the experiences of crime victims with law enforcement and the reasons for non-reporting.

We contribute to rights awareness among victims of racist crime and support the engagement in prevention work with perpetrators.

We empower politicians to act responsibly by not inciting to discrimination, prejudice or hatred in their political work, to use respectful language when referring to minorities, and to respect the dignity and rights of all individuals during political debates. And we develop policies to ensure sanctions against politicians using racist discourses to stop the growing feeling of impunity and lack of democratic accountability.

47,210 racist crimes were officially recorded in the EU in 2013, but it’s only the tip of the iceberg 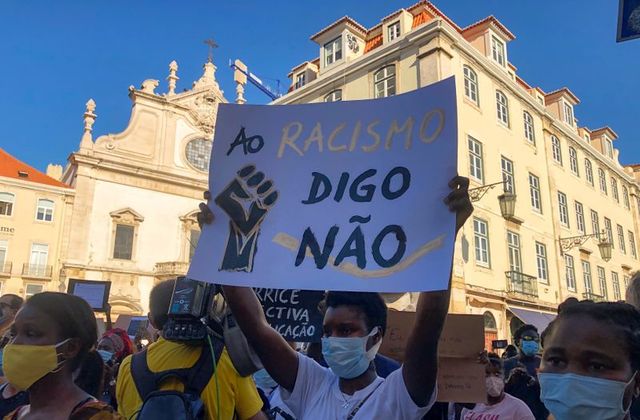 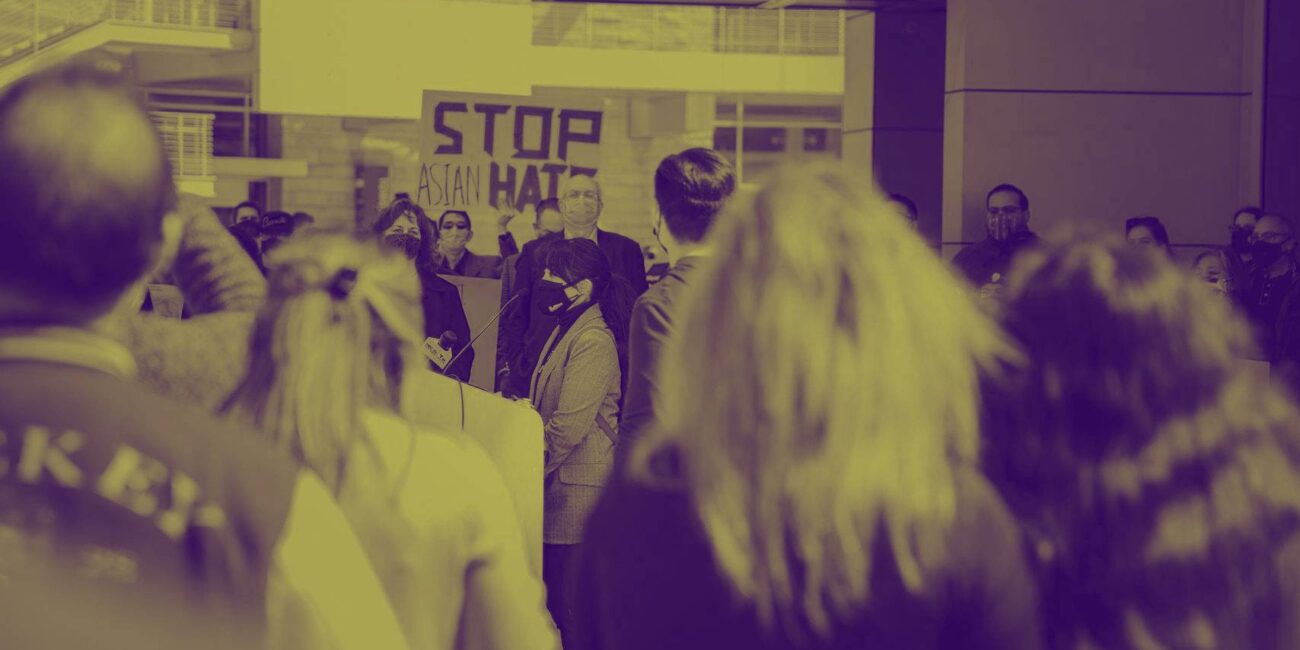 A hate crime can be defined as:(A) Any criminal offence, including offences against persons or property, where the victim, premises, or target of the offence are selected because of their real or perceived connection, attachment, affiliation, support, or membership of a group as defined in Part B.

(B) A group may be based upon a characteristic common to its members, such as real or perceived race, national or ethnic origin, language, colour, religion, sex, age, mental or physical disability, sexual orientation, or other similar factor.

NGOs and social scientists usually define racist violence as “racially motivated criminal acts against the person and/or property, and include public insults and defamation, threats, and incitement to racial violence, hatred or discrimination, etc.”

In an analysis of whether an incident can be perceived as a racially motivated crime, generally speaking the NGO best practice experience will use the perception of the victim as the guiding indicator. In 1999, an inquiry in the United Kingdom headed by Sir William MacPherson examined the original Metropolitan police investigation into the murder of black British teenager, Stephen Lawrence. The report states that “A racist incident is any incident which is perceived to be racist by the victim or any other person”.

Hate speech is any hostile form of speech towards a person or a community because of their race or ethnic origin, sexual orientation, gender, age, disability, religion or belief. Hate speech which actually incites to violence, discrimination or hostility should be prohibited by law and trigger possible legal proceedings. There is no common legal definition of it within EU Member States and the prohibited content differs among countries. Some jurisdictions penalise incitement to hate or insult. Others recognise hate speech when it denigrates a person’s dignity or honour. In some jurisdictions, the concept of hate speech is linked to the historical background of the country. For example in Germany, it covers Holocaust denial or Nazi glorification.

The aim of the Framework Decision is to combat impunity and ensure consistency across EU Member States regarding what constitutes an offence and encourage a common approach to investigating, prosecuting and punishing racist offences.

The Framework Decision requires EU Member States to specifically address racist and xenophobic motivation in their criminal codes or, alternatively, such motivation may be taken into account by the courts in determining the applicable penalties.

The Decision sets the bar very low and observers state that it allows for too much diversity at a national level, leaving open options for how law makers within Member States develop their individual criminal codes. Furthermore, the Decision does not provide an accurate and consistent definition of racist activities and behaviours; and the transposition of the Decision at a national level has not resulted in the prohibition of all types of racially motivated crime. However, it has encouraged Member States to include racist motivation in their criminal codes which is an important first step.

In addition, in its Directive on the Rights of Victims, adopted in 2012, the EU has also provided for victims of hate crime to be offered an assessment of their potentially specific protection needs. Such need can occur both in investigation and court proceeding phases. All victims of hate crime, including victims of racist crimes, are covered by these provisions. The Directive also insists on training the relevant law enforcement, judiciary and victim support organisations’ staff accordingly.

What is the actual situation in EU member states? + -

Several Member States have particularly narrow legislative definitions as to what constitutes a hate crime or a racist crime. If definitions of racist crimes are too narrow, it is more likely that racist crimes are not recorded, investigated or prosecuted in a way that recognises the seriousness of these incidents or provides effective protection for ethnic and religious minorities.

The majority of EU Member States have implemented the EU Framework Decision requirement that makes incitement to violence or hatred punishable by criminal penalties of a maximum of at least between one and three years of imprisonment. The Decision applies to incitement targeting “a group of persons or a member of such a group defined by reference to race, colour, religion, descent or national or ethnic origin”.

However, the level of precision of the relevant national provisions on hate speech varies a great deal, both as regards the forms of bias covered, the nature of the sanctions and the practical aspects of the law’s enforcement. Despite these discrepancies, the Decision has ensured that all Member States have prohibitions on speech that constitutes an immediate threat or incitement to violence.

The Greek Forum of Migrants 2019 “Against Hate Crime” project aimed to empower and build capacity of migrant and refugee communities to support victims of racist crime and enhance public visibility of racist crime incidents.

GFM conducted a needs assessment within 20 communities in the network which identified three issues to address: a) identification of racist crime; b) lack of information about hate crime reporting; c) the lack of trust towards institutions and the outcomes of reporting such incidents.

They organised workshops with the Greece Anti-Racist Police Department and the Racist Violence Reporting Network on reporting hate crime including police violence.

They will now distribute the guidelines within their network of 40 migrant and refugee communities and provide support to their members when they report hate crime incidents.

This project aimed to monitor and document all cases of anti-Muslim hate speech by politicians, and in particular by candidates during all election campaigns in Slovakia in 2019.

The Islamic Foundation in Slovakia published an annual report on Islamophobia, and the findings were continuously published on their website and Facebook page.

This project aimed to provide a critical and mobilising perspective to Slovenian civil society on standing against hate (with a focus on hate speech) towards all marginalised and/or minority groups, with special emphasis on racialised groups and those facing LGBTIQ+ hate and intersectional discrimination.

The Ljubljana Pride Parade Association organised capacity building activities including a DecontRamination workshop on making pride banners. They also organised a seminar and public discussion Overcoming the Culture of Hate Speech, as well as a training on anti-racism.

These activities enabled them to build coalitions and mobilise different communities in the field of anti-racism work and addressing hate speech.

In 2020, they will continue their DecontRamination project, reporting and transforming hate speech in public spaces.