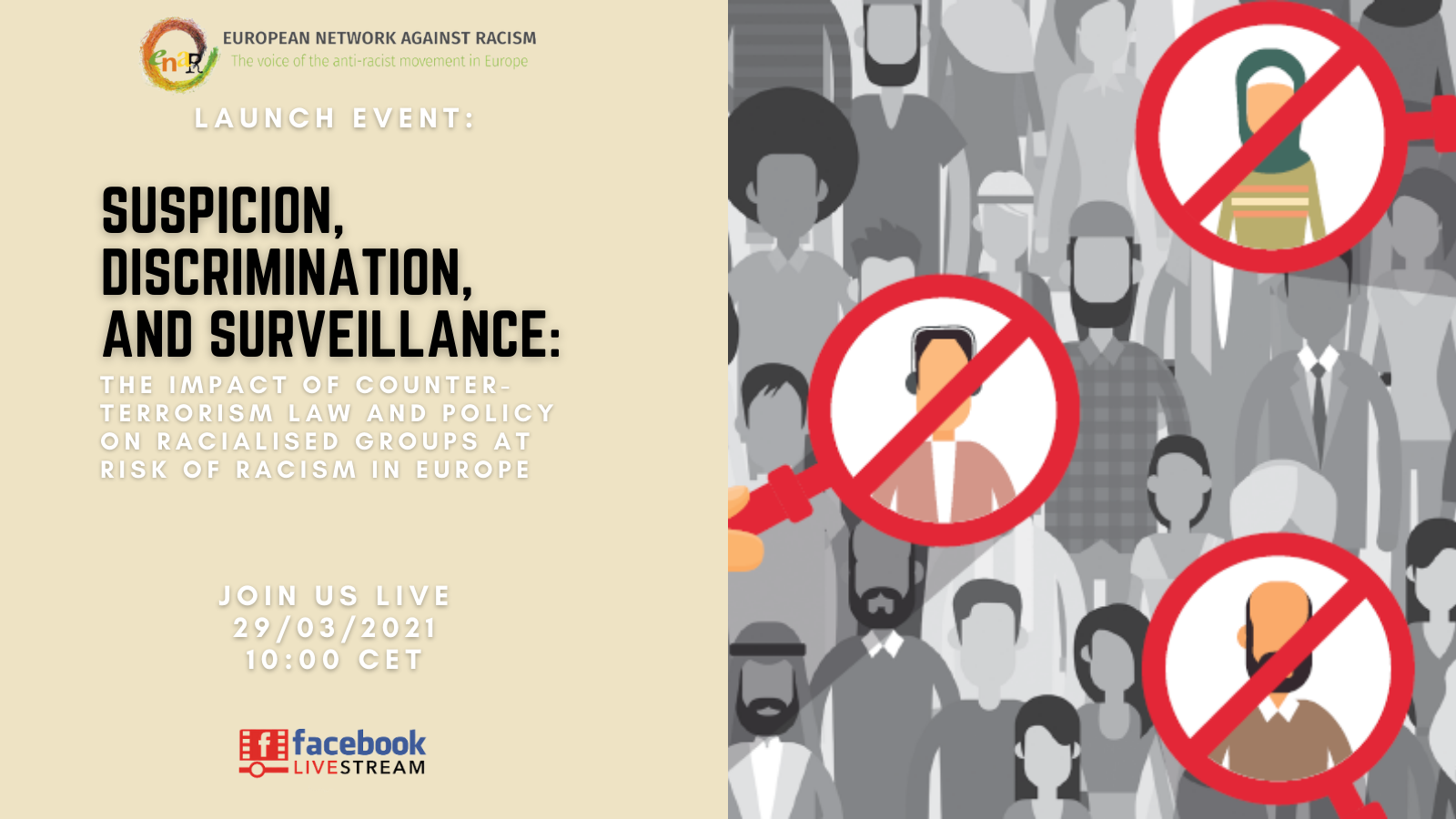 Brussels, 29/03/2021 – ENAR has undertaken a research project to assess and document the Impact of the counter-terrorism and counter-radicalization measures on groups at risk of discrimination and racism. The report draws on desk research and 211 interviews in 5 Member States (France, Germany, Hungary, Poland, and Spain).

The 2017 Framework Directive on Combatting Terrorism requires the European Commission to submit a report by September 2021 on the Directive’s impact “on fundamental rights and freedoms, including on non-discrimination, and the rule of law”. On 9 November 2020, the EU published its counter-terrorism agenda, following announcements and statements at a national level, suggesting a greater surveillance and policing of all across Europe.

Ahead of the review, the European Network against Racism’s report finds that key elements of the counter-terrorism and counter-radicalisation measures constructed, sustained, and reinforced the perception of Muslims as a potential security threat. However, ENAR’s analysis shows that the number of individuals charged in relation to ISIS-Al-Qaeda inspired terrorism between 2006 and 2019 amounts to 0.009% of European Muslims.

Author of the report, Tufyal Choudhury, said: “Through this research, we have seen the real implications of these security measures, and how the stigmatisation of certain groups can have a psychological and traumatic impact on individuals and communities. Policy making and subsequent practices in the field of counter-terrorism is a clear example of how prejudices can have structural impact in society.”

Karen Taylor, Chair of the ENAR board, added: “Our report shows the impact of counter-terrorism measures on the ability for communities to organise themselves. We have had reports from our members of greater surveillance and security that had an impact on human rights defenders and organisations and their ability to safeguard racialised groups and themselves.”

Despite the publication of the EU Anti-Racism Action Plan in September 2020, which highlights concerns on institutional forms of discrimination, European leaders still haven’t found an approach to counter-terrorism that does not stigmatise and racialise minority groups. Security should mean security against abuses and discrimination, including by institutions.

Karen Taylor concluded: “ENAR’s report reaffirms the need to have an antiracist approach to counter-terrorism and counter-radicalisation policies that ensures human rights, equality and long-term social inclusion are secured for all in Europe. We hope that this report serves as a significant tool for all stakeholders to re-evaluate their actions and priorities.”

Read the Suspicion, Discrimination, and Surveillance: the impact of counter terrorism law and policy on racialised groups at risk of racism in Europe report (2021) and Report Summary