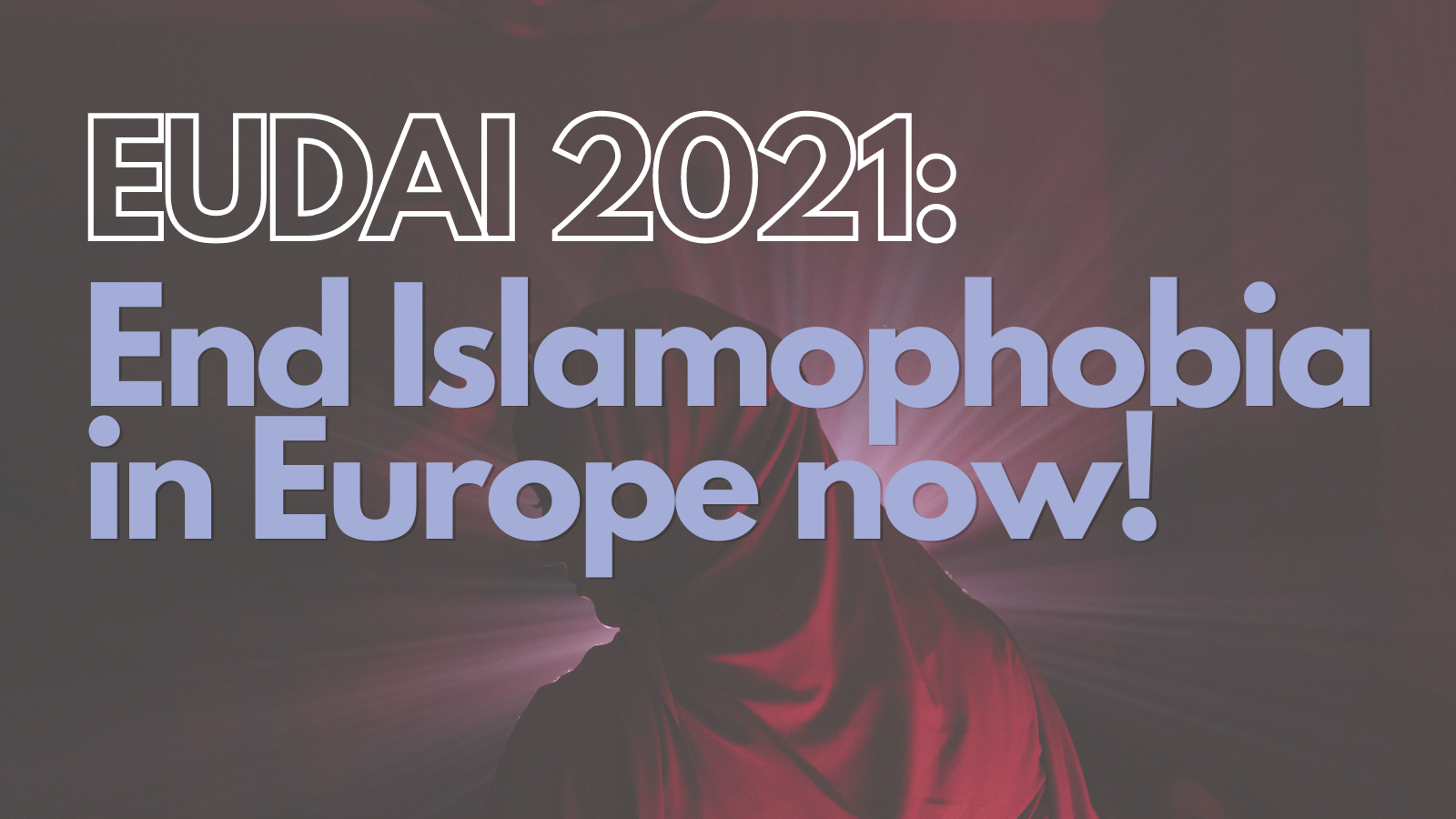 European Day Against Islamophobia 2021: ENAR condemns “Woke Islamism” theory as a political weapon to further legitimise the demonisation of Muslims and those perceived as Muslims in Europe

Brussels, 1 October 2021 – The European day against Islamophobia was celebrated on September 21st. Just a few short days later, the French Council of State confirmed the dissolution of CCIF, escalating the worrying trend of Islamophobia in Europe.

The European day against Islamophobia was celebrated on September 21st. Just a few short days later, the French Council of State confirmed the dissolution of CCIF, escalating the worrying trend of Islamophobia in Europe. Islamophobia is a form of racism that harmfully groups together Muslims and those perceived as Muslims as one single, homogeneous group of people to which negative attributes are ascribed. Internationally recognised as a form of racism, including recently by the UN Special Rapporteur on freedom of religion and belief, Islamophobia is achieved by targeting the symbols and markers of being a Muslim.

In the public discourse, Islamophobic rhetoric is used as a political weapon by the far-right to demonise Muslims and those perceived as Muslims in Europe, and to legitimise discriminatory policies and practices against them. While ENAR’s recent report on the impact of counter-terrorism policies shows how these policies lead to violation of rights and contribute to racial prejudices against all Muslims, the emergence of the “Woke Islamism” theory launches a new wave of attacks portraying them as potentially dangerous for Europe.

Karen Taylor, Chair of the ENAR Board, said: “ENAR strongly condemns any message or position that increases suspicion, criminalises or demonises all Muslims, as well as any other racialised groups, as potentially violent because of their religion. We are deeply concerned about the countless lives and well-being of Muslims and those perceived as Muslims suffering from the constant stigmatisation they face every day.”

“These theories are not grounded in evidence and are outright dangerous to protecting the basic rights of racialised groups in Europe. With the rise of Islamophobia across Member States, many civil society organisations are also heavily impacted by this rhetoric. Organisations have been attacked and dissolved by governments despite a complete lack of proof. The silence over these violations show how deep-rooted racial prejudices are in society and how they are used to justify these violations,” emphasized Julie Pascoët, Senior Advocacy Officer at ENAR.

The systematic abuse of human rights standards is contributing to the shrinking of civic space and eroding the rule of law. Despite the deafening lack of action from European leaders, ENAR is calling on the EU to challenge these narratives and ensure security of all. EU leaders must recognise the lives of racialised groups disproportionally affected by these discriminatory laws and practices. They must denounce the injustice publicly.

Karen Taylor concluded: “As the voice of the anti-racist movement in Europe, ENAR stands against any narrative describing some civil society organisations and activists as invisible “Islamists” willing to use a ‘woke’ agenda to implement their ‘hidden’ and intolerant political objectives. These prejudices intentionally create fear and division within Europe to exclude part of the society. It is our mission to challenge myths and counter stereotypes on Muslim communities until we reach racial equity. It is our priority to ensure that such narratives do not contribute to the racialisation and criminalisation of any minority group and do not restrict fundamental rights. Most importantly, our work is based on objective research and evidence”.

The European Network Against Racism (ENAR aisbl) stands against racism and discrimination and advocates equality and solidarity for all in Europe. We connect local and national anti-racist NGOs throughout Europe and voice the concerns of ethnic and religious minorities in European and national policy debates.