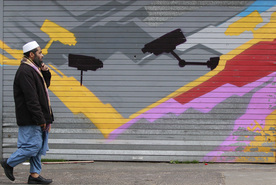 Brussels, 30 November 2016 – The EU Directive on combating terrorism adopted today by the EU Council runs the risk of undermining fundamental rights and having a disproportionate and discriminatory impact on ethnic and religious communities.

Recent security measures recently adopted in some EU countries, through criminal law, administrative measures or police powers, have already led to serious human rights violations. Hasty measures grounded in emotional policy-making rather than evidence of efficiency can lead to discriminatory application, notably against migrants and Muslims.

An overall climate of suspicion against certain groups based on their ethnic or religious belonging also brings concerns for the measures put forward in the new EU law, as well as its overly broad scope and definitions. Although a general human rights safeguard clause has been included, the directive opens the door to criminalisation of behaviour instead of intent, that may have no direct link to violent terrorist acts. Broad definitions, for instance of ‘glorification’ of terrorism and ‘travelling for terrorist purposes’, could lead to human rights restrictions in a context of increased securitisation.

For instance in France, since the state of emergency was declared after the November 2015 Paris attacks, human rights NGOs have reported 3,594 raids on houses, mosques and prayer halls as well as house arrests, resulting in 6 criminal investigations for terrorism and only one ongoing trial. In the United Kingdom, surveillance cameras are placed in so-called Muslim areas and social workers are required to denounce ‘radical’ behaviour. Many innocent Muslims are targeted mainly on the basis of their religious practice, with no evidence pointing to their involvement in any criminal act.

In addition, the legislative process for adopting the directive was extremely problematic. It was rushed through behind closed doors without any human rights impact assessment or any consideration for civil society’s input.

It is now crucial that EU Member States ensure that implementation of the Directive in national law includes additional human rights safeguards, including the prevention of discriminatory practices such as ethnic profiling.

ENAR Chair Amel Yacef said: “Everybody, including minorities, is the potential target of violent attacks. Everybody, including minorities, demands security and the right to enjoy a peaceful life. Being lenient about the protection of the rights of some for the purported benefits of ‘a’ majority is a blatant distortion of our human rights based values and will never cater for peace, reconciliation and inclusion.”

Notes to the editor:
1. Political agreement was reached by the Council on 30 November following trialogue negotiations with the European Parliament. The European Parliament is expected to adopt the text without changes in December.
2. ENAR has also co-signed a press statement with human rights organisations, including Amnesty International, Human Rights Watch and Open Society Foundations, to condemn the Directive: http://www.enar-eu.org/European-Union-Directive-on-Counterterrorism-is-Seriously-Flawed
3. Testimonies of Muslims targeted by counter-terrorism measures in France and the UK:
“It feels like if you display your religion, if you are bearded or wear a religious symbol or dress or if you pray in a particular mosque you can be considered to be “radical” and thus targeted. If you try not to display your religion too much, then they think you are concealing something. We don’t know any more who they want us to be, we don’t know how we’re supposed to behave”. Amar, who was subjected to a house search on 16 November 2015 (France). [[https://www.amnesty.org/en/documents/eur21/3364/2016/en/ ]]
“I’ve never felt not British. And this [Prevent experience] made me feel very, very, like they tried to make me feel like an outsider. We live here. I am born and bred here, not from anywhere else”. Mother of four year-old child targeted under Prevent, Luton, 18 April 2016 (United Kingdom).
4. The European Network Against Racism (ENAR aisbl) stands against racism and discrimination and advocates equality and solidarity for all in Europe. We connect local and national anti-racist NGOs throughout Europe and voice the concerns of ethnic and religious minorities in European and national policy debates. [[https://www.opensocietyfoundations.org/sites/default/files/eroding-trust-20161017_0.pdf]]