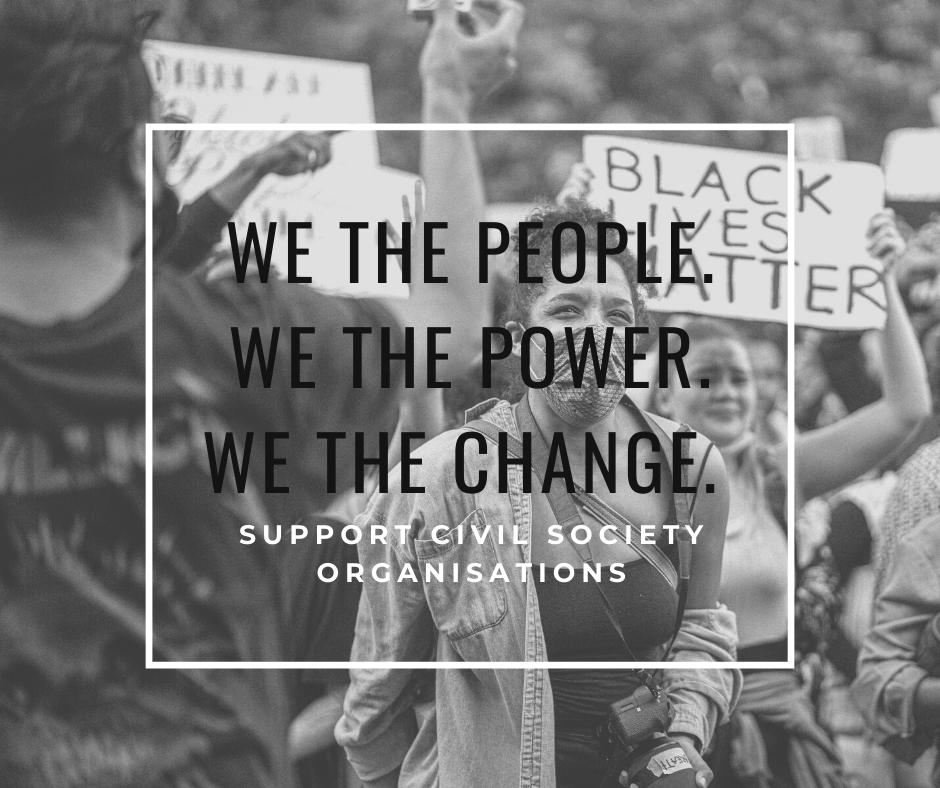 ENAR Chair, Karen Taylor, delivers a speech at the inaugural EU Anti-Racism Summit during the panel: The European Anti-Racism Action Plan– From words to action. The aim of the panel is to discuss what challenges and structural discrimination racialised people face in the EU

“I would like to start by saying that we legitimately expect the Anti-Racism Summit to be no place for hate. It is the responsibility of the Commission to ensure a safe space and not invite organisations whose representatives engage in hate speech in their name and refuse to distance themselves from such rhetoric at an Anti-Racism Summit” Karen begins.

“ENAR has been advocating for this EU summit to take place as a way to secure highest political commitment (as part of its roadmap for EU institutions to tackle structural racism). The bold and massive Black Lives Matter movement and anti-racism protests in 2020 shook the status quo and questioned the taboo of racism in European Society. We have seen a response at the highest political level with the President of the European Commission and the adoption of the new EU anti-racism action plan” she continued.

“There was and there still is an urgency to act.
-1 Urgency to protect and act against violence and attacks towards racialised people (incl migrants) and human rights defenders, including by institutions themselves (such as activists/NGOs) at risk inside the EU.
-2 Urgency to act against disproportionate and structural exclusion of many groups in key areas of life, such as Roma/Muslim/Black/Asian/Jewish people And migrants – especially in times of Covid where racial inequalities can become lethal.
-3 Urgency to act against prejudices online and offline laying the ground for hate crime and rights’ violation, especially when they come from/are used by public figures and political representatives.

And as much as we acknowledged the steps taken, we still don’t see the tangible impact of this new and welcomed policy priority across Europe.

It’s true, it’s a new strategy, but the mandate of the EU against racism is not new, even though it lacked a structural/intersectional approach (and this is definitely a major achievement of this new action plan).

It’s also true, the Summit is a key milestone towards a meaningful implementation of the action plan. A brand new start for the EU in this field, we are told we should give it some time.

And what happened around the organisation of the summit is another testament to that. So we do question this brand new start:

How can the European Commission organise the first anti-racism Summit and invite an organisation whose sitting president has engaged in serious hate speech against Muslims and migrants, an organisation which has not distanced itself from this statement?

Racism is about power structures and about domination of some over others. Racialised groups are constantly framed as second-class citizens and as a result are not given the same rights and treatment. If the European Union is really true about its commitment to achieve racial equality and justice, it needs first to question its relationship with racialised groups.

ENAR and other civil society organisations are working hard to keep a dialogue with the very institutions and stakeholders that tend to perpetuate racism because we still have hope for change. By its actions around the EU summit, the resisting voices at the European Commission has jeopardized this constructive dialogue.

ENAR and its partners will continue to work hard for the voices of racialised groups to be heard, we will continue to bring data about the reality and propose solutions for change. But our constructive collaboration cannot be requested at any cost. We call for meaningful participation and solidarity. More than 80 organisations have joined us to ask for participation through our open letter one month ago. More than 80 have joined us to highlight concerns and solutions yesterday at our People’s summit – and have provided input for my intervention today – and 42 have co-signed our public statement released today.

We are building strong solidarity. Will you be part of this?”